Welcome to the third and final instalment of our ‘Personal Branding’ series. So far we’ve discussed why having an honourable reputation is everything in recruitment. We’ve also talked about how you can start to build your brand by achieving All-Star status on LinkedIn, as well as how sharing relevant content can get you on your way to becoming a thought leader. Today we’re going to be delving into the topic of personality types. Knowing who you are and the personality traits that you possess is a genuine strength. The more you know about all of the various personality types, the better a recruiter you’ll be, there’s no doubt about it.

This post will help you to better understand your own personality type so that you can be more aware of the type of people that you’re recruiting – how they will fit into your teams, how certain personalities may clash, how to approach different people, and knowing what others value when it comes to work. It’s also important to have this level of awareness so that you don’t let bias get in the way during the hiring process.

The ‘Color Code Personality Profile System’ was created by Dr. Taylor Hartman in 1987. The whole idea behind the system is that all people possess one of four driving core motives: Red, motivated by power; Blue, motivated by intimacy; White, motivated by peace; or Yellow, motivated by fun. What’s important to note is that while we all have certain elements of each of these four core motives (particularly a strong secondary colour), we tend to lean towards a core colour because we possess most of its traits.

So first things first – what colour are you? Take this quiz to find out! (It takes a little bit of time, but it’s worth it, trust us!)

People who possess red as their core colour tend to be driven by power. Power shouldn’t be perceived as a bad thing though; it just means that Reds mainly focus on getting from A to B. They just want to get things done. If you get in the way of this, chances are you’re going to get on a Red’s bad side! When you don’t let a Red accomplish things, it’s like you’re choking them. Reds are very decisive and assertive. If they check-in for a flight and are told by the agent that the flight’s been overbooked and they’ve lost their seat, by the end of the conversation they’ll no doubt be sitting on that plane, without any sense of guilt. If something doesn’t work out based on a decision they have made, they move on. They don’t beat themselves up about it. Reds are planners – they plan for what’s going to be happening in the future. They are also great at solving problems and fixing situations. They need adventure and challenges because they get bored easily. Reds are born leaders.

Limitations: Sometimes selfish – tend to wonder what’s in it for them; Bossy – they could be ordering you around without realising they’re doing it; Stubborn – Reds think that they’re right unless facts can prove them wrong.

People whose primary colour is blue are driven by intimacy. They want to connect and build relationships. They can be quite controlling in that they want to make sure that everyone does the right thing. This doesn’t bode well for reds, who spend their lives refusing to be controlled by others. Blues are people pleasers and will give up their lives for others because that’s what fulfils them most. Their driving core motive is to connect with people. Blues are open to criticism because they always want to know they can improve. They usually feel that they can do better. Blues remember names, dates and events. They are also very sincere – if you’re dishonest, Blues will have a big problem with you. The general feeling of Blues is that if you’re going to do something, do it right.

Limitations: Struggle with self-esteem; Need things to be done right; Sometimes they are too loyal for their own good so will stay in a job or a relationship long after it’s time to leave.

Yellows are the fun lovers of society. They enjoy what they’re doing in the moment. Yellows bring optimism to everyone around them, and they love to be around people as much as possible. They’re very spontaneous and are always moving around – they generally can’t sit still! Yellows tend to be very carefree and are the types of people who always seems to have luck on their sides. They don’t hold onto baggage – instead, they easily erase things and move on. People tend to like themselves more when they are around Yellows because they are so charismatic. Social situations are a walk in the park for Yellows. They are very curious people, like to learn new things and ask a lot of questions.

Limitations: Lacking intuition – they are very trusting of other people, sometimes to their own detriment; Disorganised – Yellows have a hard time going from A to B without going off-track; Flaky – not too fond of making future plans, instead they prefer to live in the moment.

People whose core colour is white are driven by peace – they really just want to get along. They are the least understood of all of the personalities. They are logical, but passive, and tend to be accepting and tolerant. They’re egoless; they are happy for everyone to have an opinion and aren’t interested in adding conflict to a situation. You need to ask them what they think because they come up with amazing ideas, but they won’t present them unless you specifically ask. Whites can work very well on their own and like to be by themselves. They tend to enjoy their own company so are very happy to travel alone, for instance. As peacemakers, they are NOT into confrontations.

Limitations: Communication isn’t their strong suit – they won’t speak up if they don’t like or agree with something; Can be lazy – need to be pushed to challenge them to try something; Self-doubting – Whites are far more capable than they are aware.

Using this to your advantage

Are your minds blown yet? When you were reading the descriptions for each of the core colours, were you mentally slotting the people you know into each category? Once you’ve gotten to grips with your own personality traits, you can then start to use all of this newly acquired information to your advantage. Here’s how:

When you’re interviewing candidates for open positions, you should be able to tell a lot about what colour they are by listening carefully to their answers. Pay close attention to what they list as their biggest strengths, as well as what how they answer when you ask them to give you specific examples of a difficult situation they’ve had to deal with, and what the outcome was. Depending on the position that you are recruiting for, you might know that a Red personality type would be more suitable than a White one; for example, if the position requires the candidate to possess strong negotiation skills.

2: Determining how teams will gel

Understanding what makes people tick will no doubt help you to better understand how teams gel in the workplace. If you’re a hiring manager and it’s your job to put a team together, you can use colour coding as a guide to see how the team will best compliment each other. Remember, certain personality types have a tendency to get along better, while other personality types often are prone to arguments and clashes of style and opinion. At the same time, an entire team of Reds isn’t going to work because none of them will back down, and a whole team of Yellows won’t work either because they won’t be interested in planning for the future! Having a well-balanced team will increase productivity and contribute to a positive working atmosphere. Obviously, not everyone is always going to get along no matter how good your colour-coding abilities are, but if you can at least understand where everyone is coming from, you can work on strengthening relationships.

3: Being aware of your own biases

We’ve spoken a lot about bias in our recent whitepaper and how unconscious bias affects the recruitment processes. By knowing your own personality type, you can understand why you might get certain vibes from candidates when you are interviewing them. You need to start asking yourself ‘Is the candidate not a good fit for the job because they aren’t capable or is it possible that they possess traits for a colour code that simply isn’t compatible with your own?’

Similarity bias occurs when you naturally want to surround yourself with people that are similar to you. This is all well and good, but when you work as a recruiter, chances are that you’re not going to be working directly with your hires on a day to day basis, so it really shouldn’t matter if they’re similar to you – what should matter is whether or not they can do the job! By being more open to hiring individuals that you see parts of yourselves in, you’re potentially discarding others just because they clash with your own personality type. 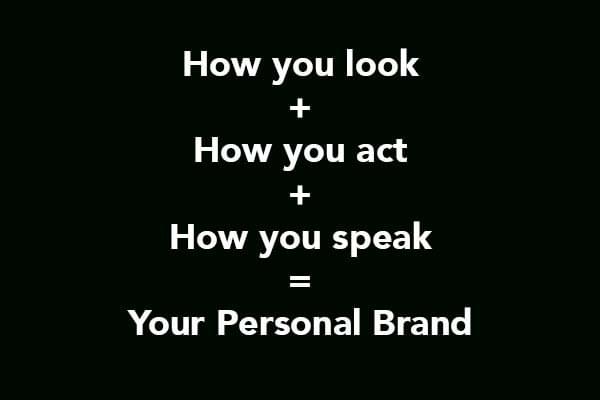 It’s fair to say that when it comes to personal branding, the more you know about who you are, the better a recruiter you’ll be. We now know how the human mind works in terms of trust and social proof as well as how you can build your own personal brand and become a thought leader. We hope that by understanding more about who you are and what other people are, it will help you to make better decisions and learn more about the strengths that candidates have. Remember: How you look + How you act + How you speak = Your Personal Brand. If you’re not branding yourself, you can be sure others will do it for you. So go forth and build your own personal brand, ninjas (just don’t forget us when you become a big-time industry leader!!)

Candidate attraction How the process has changed

Why your employer brand has never been more…

Diversity and inclusion reasons why you need it