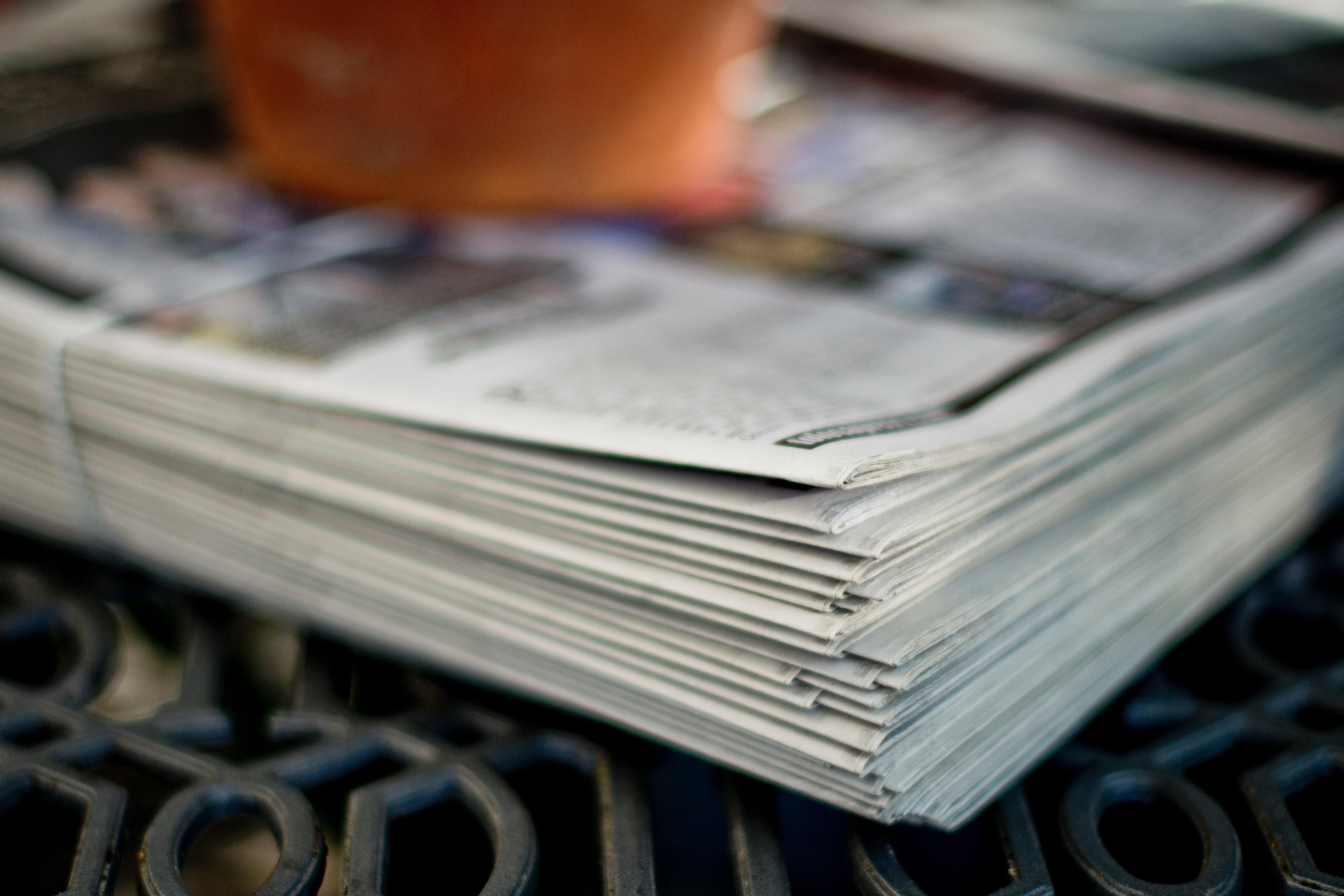 Advanced Search Has Been Removed On Some LinkedIn Profiles 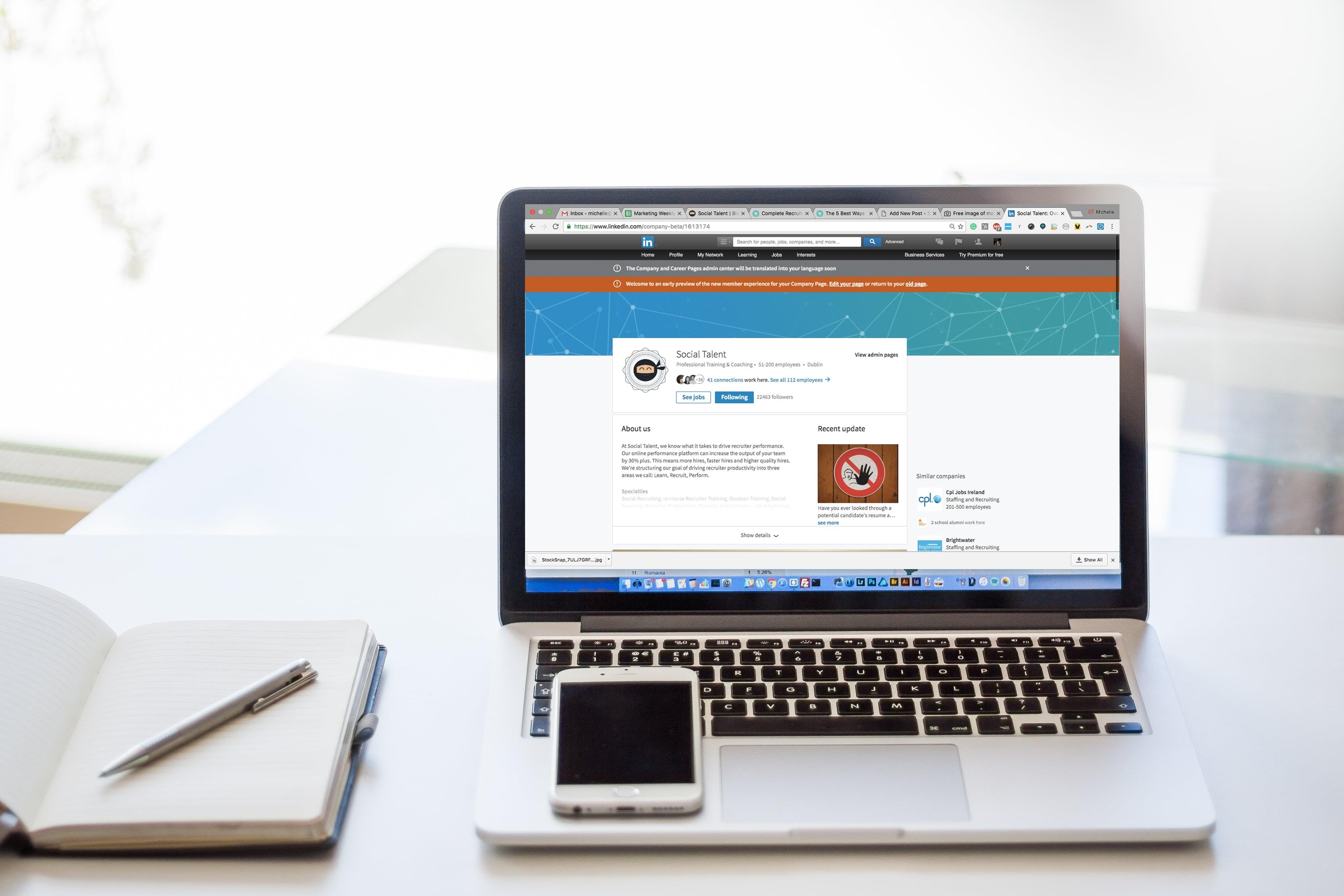 LinkedIn have started to roll out much-rumoured changes to it’s user interface, search capabilities and profiles. Many LinkedIn members discovered last week that their search capabilities have been curtailed when using LinkedIn.com (rather than LinkedIn Recruiter), and many believe that Boolean search is no longer supported either.

After much testing with the queen of LinkedIn, Stacy Zapar, we’ve discovered some critical things: 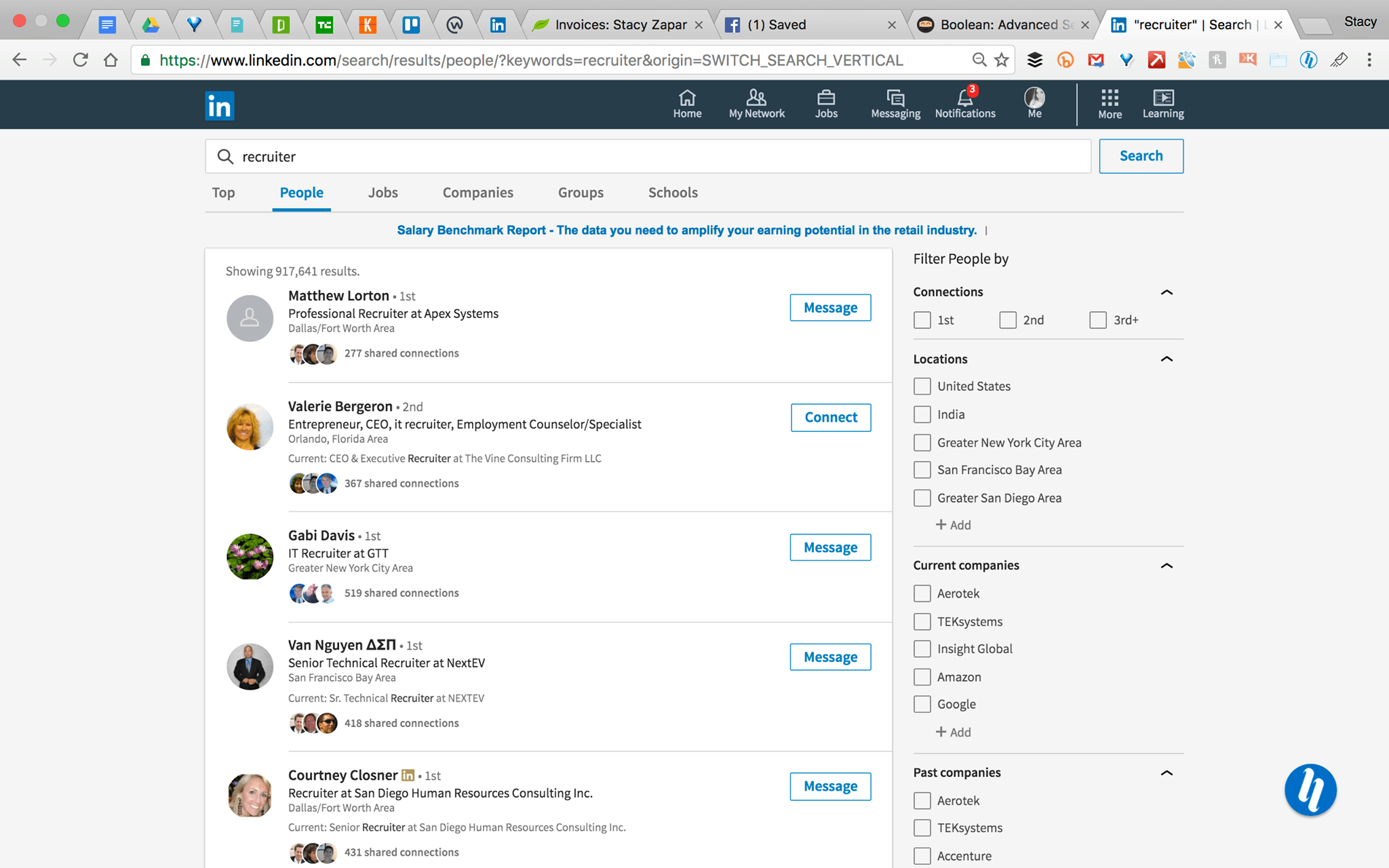 Once here, you can use the facets on the right hand side to filter results by location, company, industry, profile language and school. Notice that a Title field is purposefully missing here: 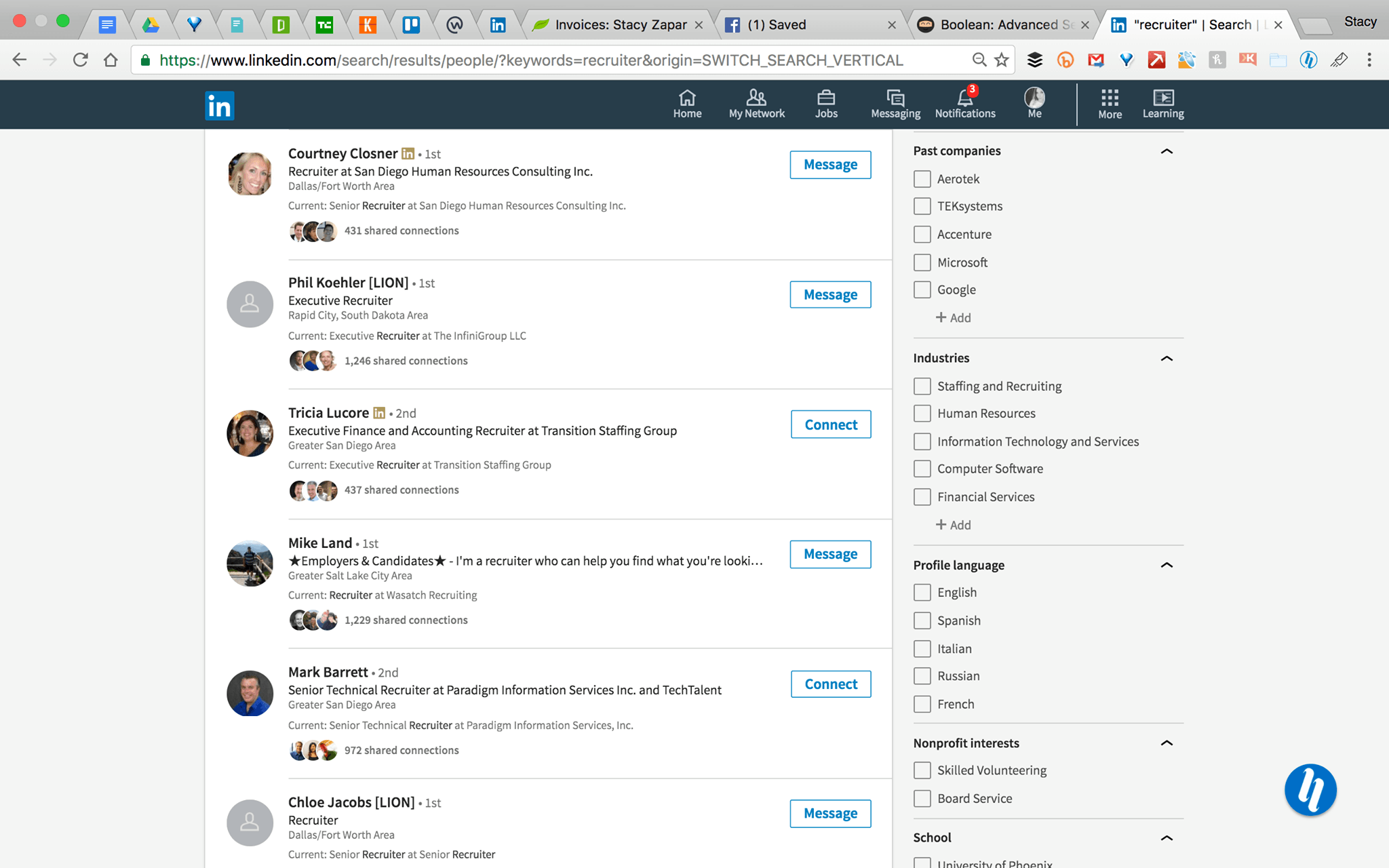 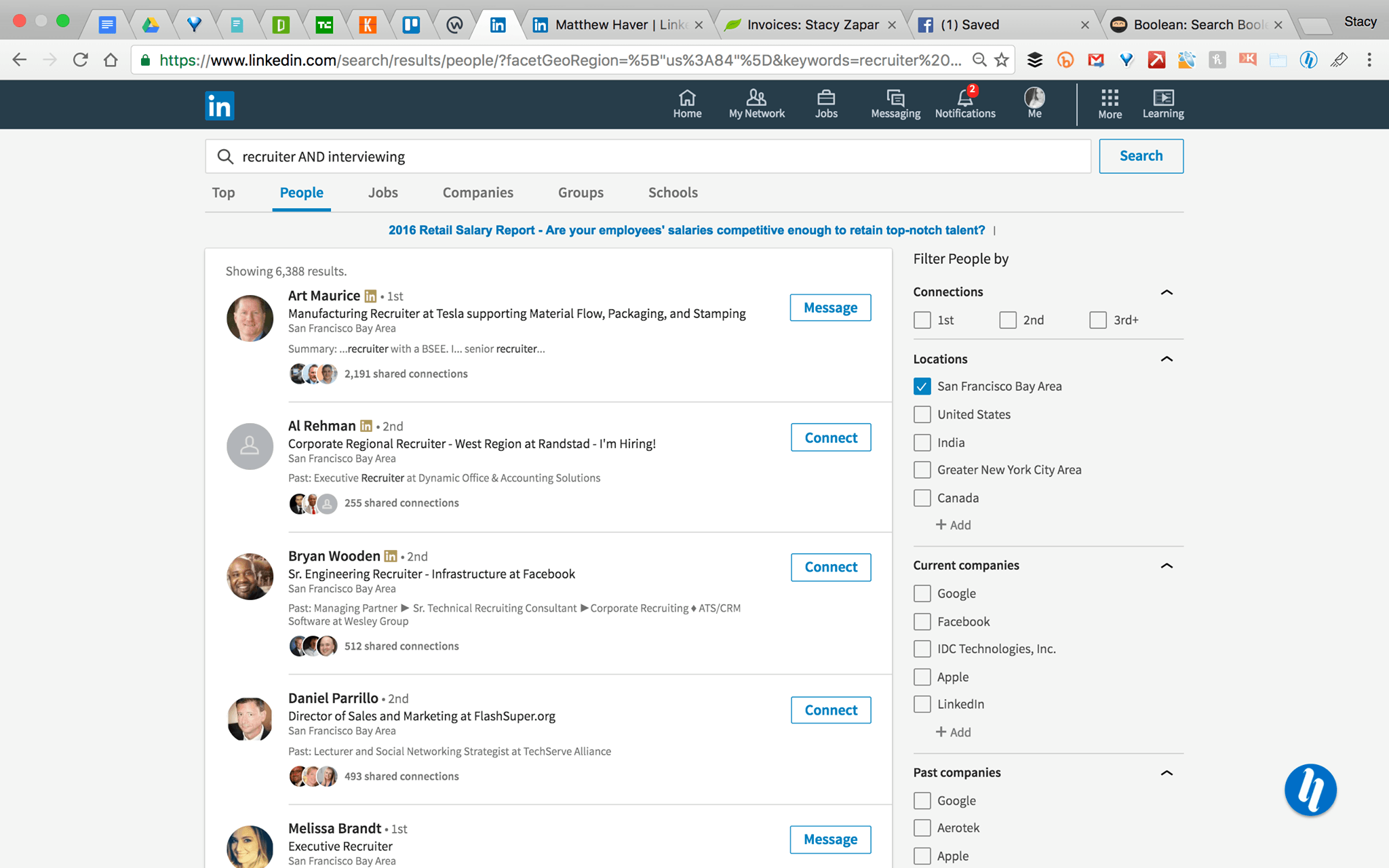 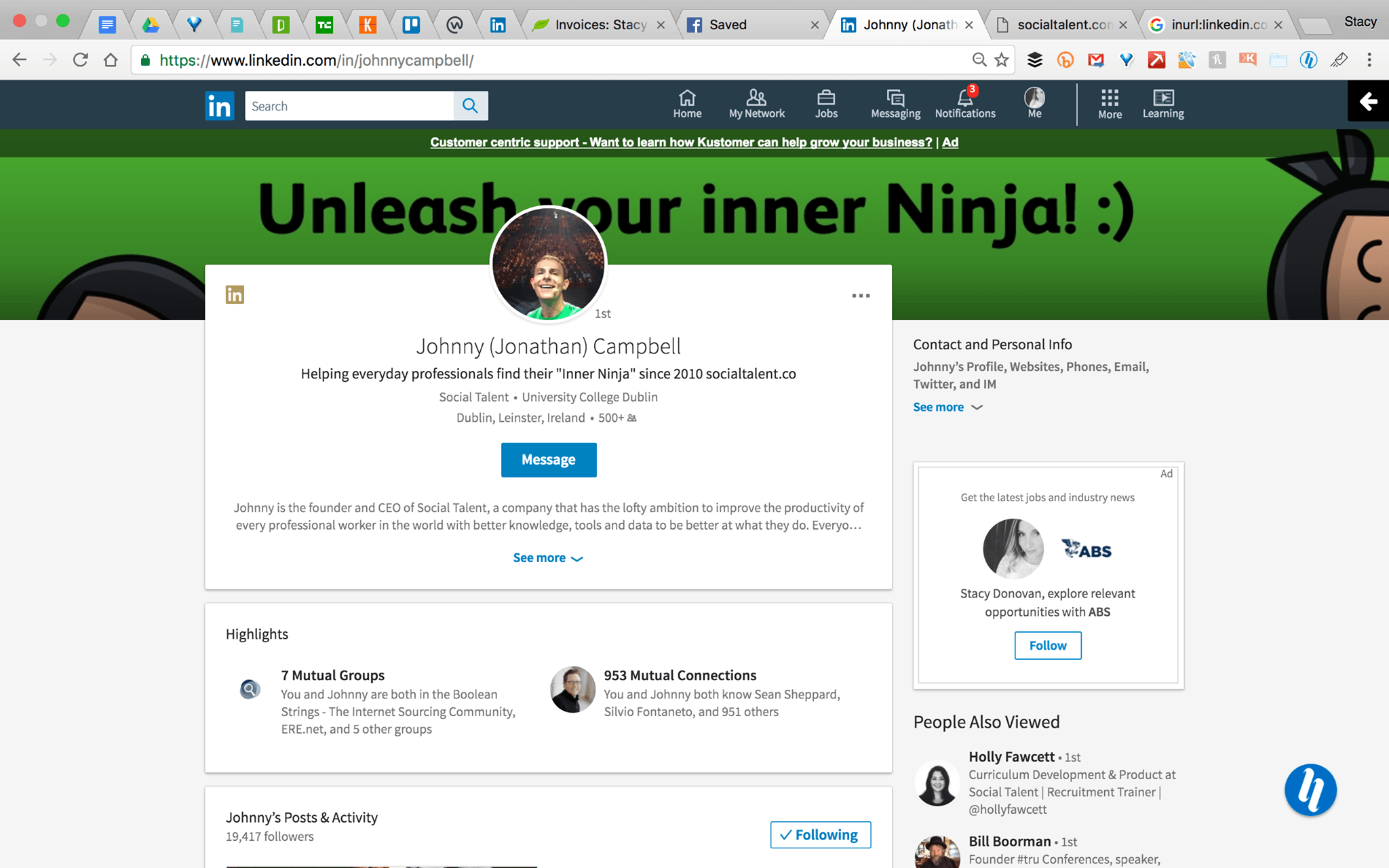 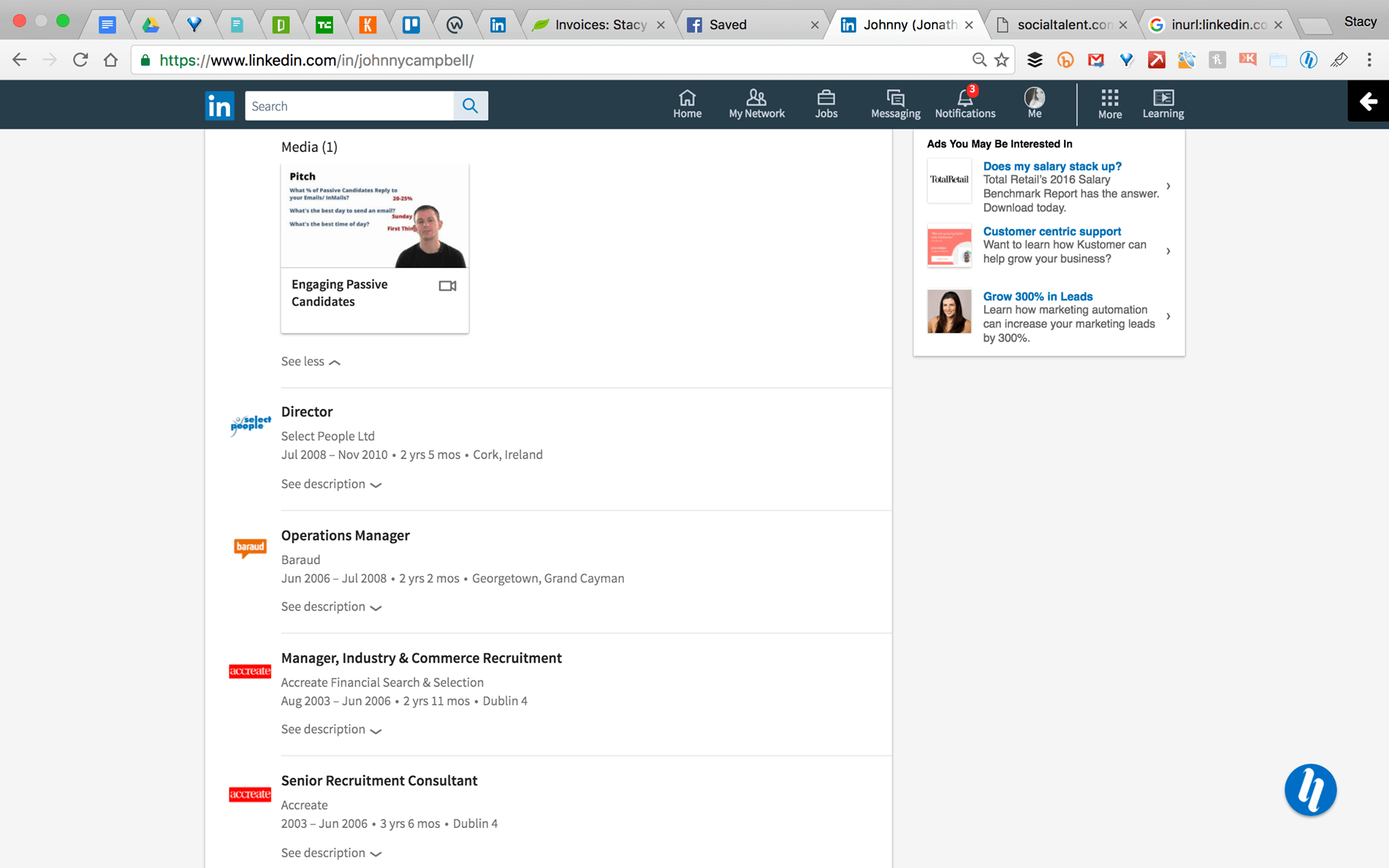 As we discover more about the changes being made we will report them, so stay tuned!

UK Recruitment Industry Now Worth More to Economy Than Ever Before 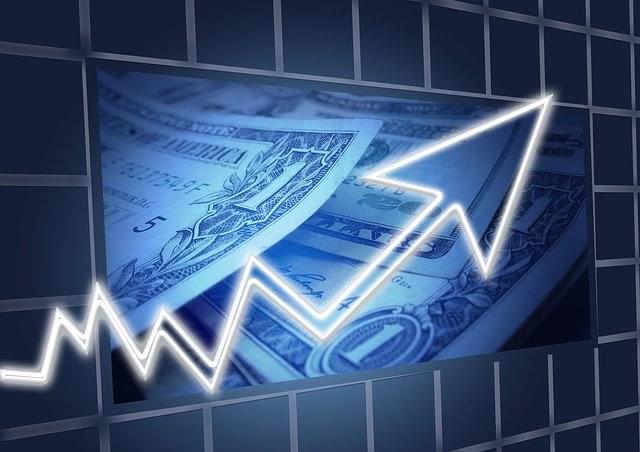 According to a new report by the REC, the recruitment industry in the UK is worth £35.1billion a year, meaning it’s worth more to the economy now than ever before.

The report also found that of the 23,980 registered recruitment firms, 9.565 have a turnover of over one-quarter of a million each year. While 76.1% of value added to the UK economy by the recruitment industry was derived from temp activities.

The top three sectors in which there were increased permanent placements from 2015-16 were managerial, technical, and clerical. In regards to the temporary placements, the highest growth came from industrial, financial and clerical. Recruiters also admitted in the report that their top concern going forward into 2017 was a lack of candidate skills and the consequences of Brexit.

Speaking about the findings, Chief Executive of the REC, Kevin Green, said:

”The recruitment industry is bigger than ever before and contributes more to the UK economy than advertising, arts and recreation, and the food and beverage industry. Our industry is the engine that drives the UK jobs market, enabling people to find the right job and businesses to find the talent they need to succeed.With near-full employment in the UK and candidate availability tightening, recruiters will play an even more important role in 2017. We predict that the industry will grow by between 2.9 and 6.9 percent next year. We hope this analysis of the major trends and benchmarks for the recruitment industry is a useful tool for recruiters who want to track their performance against industry averages.” 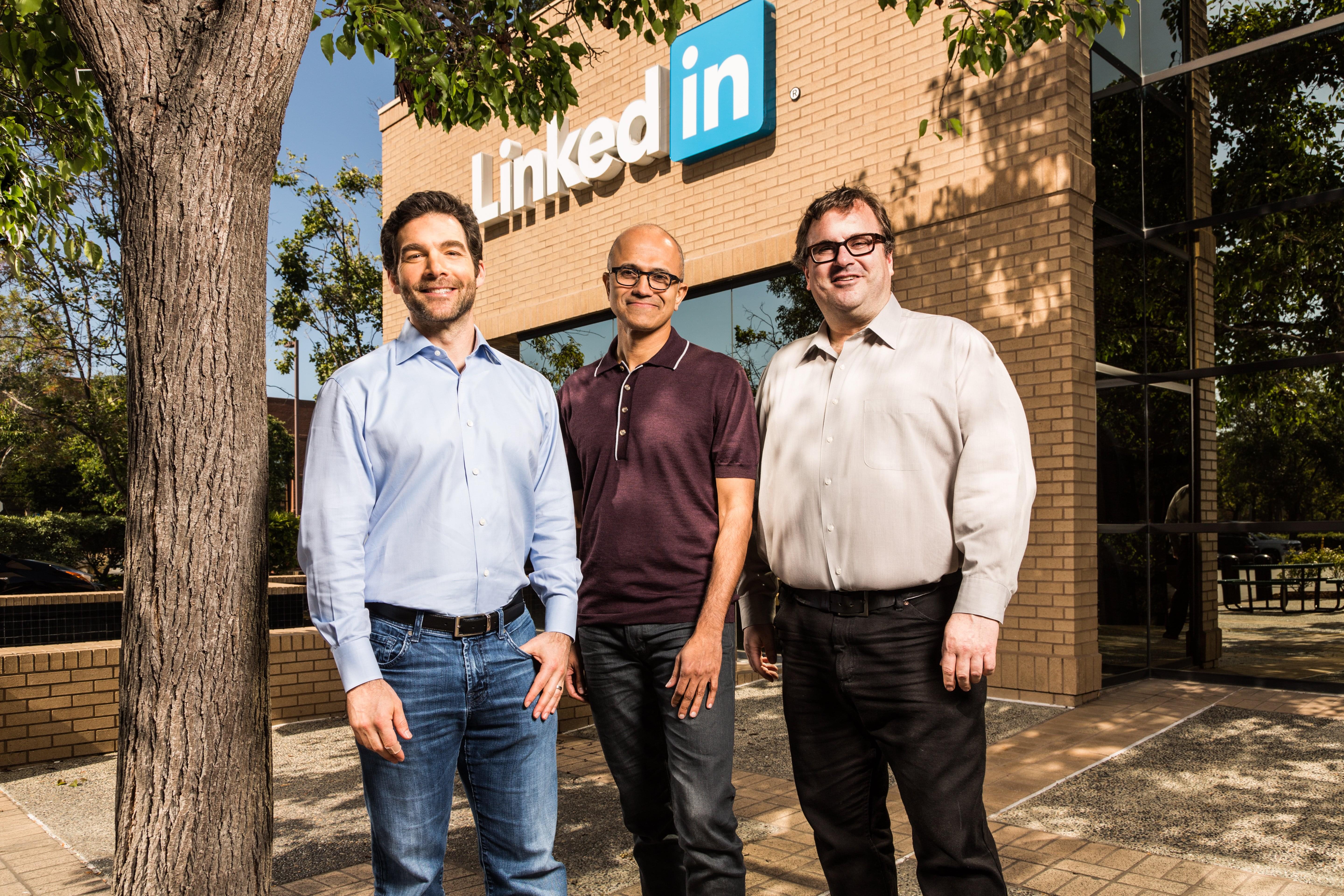 6 months after the official announcement, Microsoft has received the approval they needed from the European Commission to close their $26.2 billion acquisition of LinkedIn.

Yes, because LinkedIn essentially has a dominant position in its specific social media field, it meant that Microsoft had to make concessions to the EC about how it would work to allow other social networking sites to integrate on its platforms.

TechCrunch believe that the fact these concessions had to be made speaks a little to what Microsoft’s intentions might be with regards to LinkedIn. They believe a key area for Microsoft will be to up-sell Microsoft software to those using LinkedIn to recruit. And an internal memo, shared by LinkedIn CEO Jeff Weiner last week, seems to add weight to this theory. See the full message below:

Six months ago, we announced our intention to be acquired by Microsoft. At the time, Satya and I shared the background of the deal and our joint vision for changing the way the world works. Today I’m pleased to announce that we’ve just officially closed the acquisition. I’m more confident than ever that our move to join forces with Microsoft will accelerate our mission to connect the world’s professionals to make them more productive and successful, and ultimately help create economic opportunity for every member of the global workforce.

Over the past few months, the LinkedIn and Microsoft leadership teams have been meeting to understand and prioritize the opportunities ahead. We’ve been able to see first-hand the level of innovation being driven at scale — in artificial intelligence, machine learning, the cloud, devices, and more. We’ve also had the chance to build a deeper relationship with Satya and the Microsoft leadership team, and to witness the strategic and cultural shifts they are driving, and the impressive traction they are seeing as a result.

As we move forward, our day-to-day operations will essentially remain unchanged: We’ll continue to have the same mission and vision, the same culture and values, the same brand, and the same leadership team.

Our members still come first. Our commitment to privacy and security will not change. And our partners are still core to our business. We’ll continue to remain focused on growing LinkedIn and creating value for our members and customers. Over the coming months we’ll start sharing more about how we’re integrating products, especially in areas where we can leverage Microsoft’s scale, e.g.,

Getting to this point wouldn’t have been possible without the teams who have been working tirelessly on the close since we announced the deal in June. I’d like to thank them for all they’ve done to set us up for success as we begin our next chapter.

In so many ways we’re just getting started, and I couldn’t be more excited about the future. 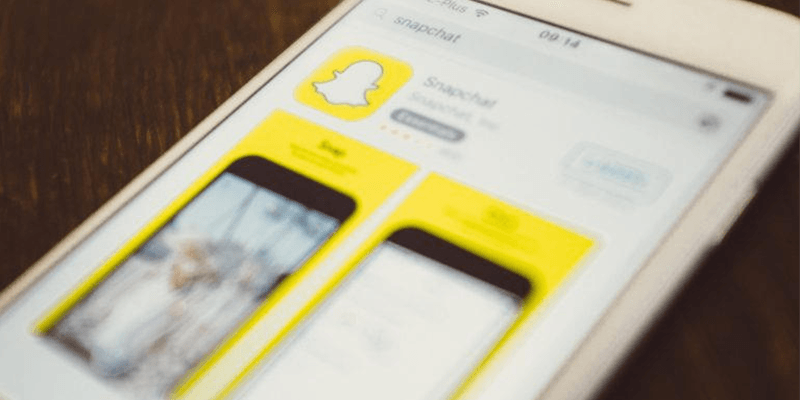 Using Snapchat to recruit or for employer branding purposes? Well, this new feature could be of interest to you. As of last week, Snapchat added a group messaging feature that how allows you to message up to 16 people at one time – something that only other social media apps like Facebook and WhatsApp let you do in the past. The GIF below shows you how it works:

The app also now offers live video chatting in one-on-one conversations – a feature that could be extended to cover groups in the future off the back of this update. We’ll just have to wait and see.

The Freelance Economy: Top Trends to Watch in 2017 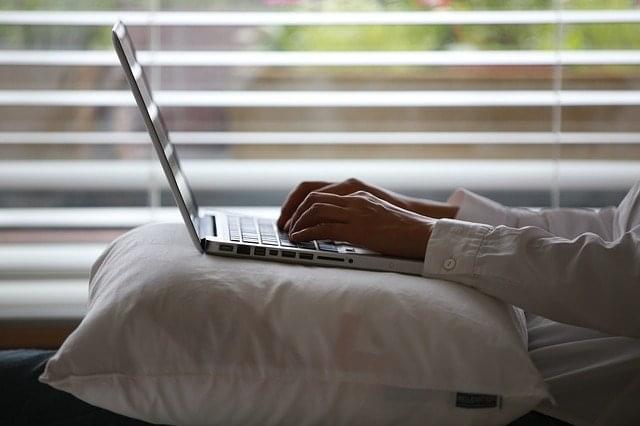 According to a brand new report by LinkedIn, freelancers now account for nearly 35% of the U.S. workforce! And guess what? If the findings of this report are to be believed, we’re only at the beginning of this trend – more and more professionals are opting to create their own jobs in lieu of more traditional full-time employment. 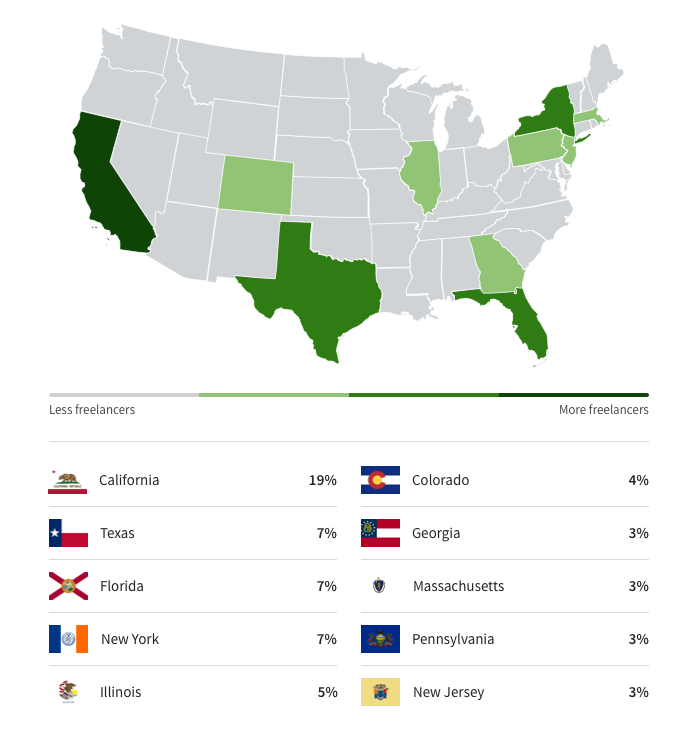 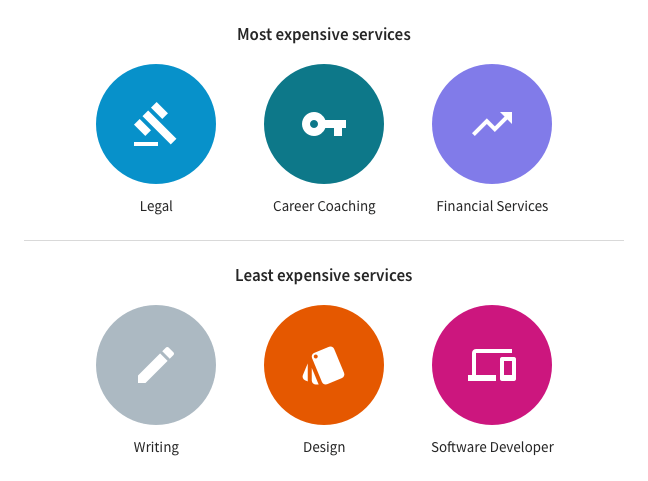