20 Cognitive Biases that Screw Up Your Decisions (Infographic)

The guys at Business Insider have pulled research from many studies to create this cool infographic that defines some of the most cognitive stumbling blocks that can affect our behaviour and prevent us from making the best decision. Bias is continuing to plague companies in the recruitment process so going through each of these, let’s see how many you can apply to the recruitment space… 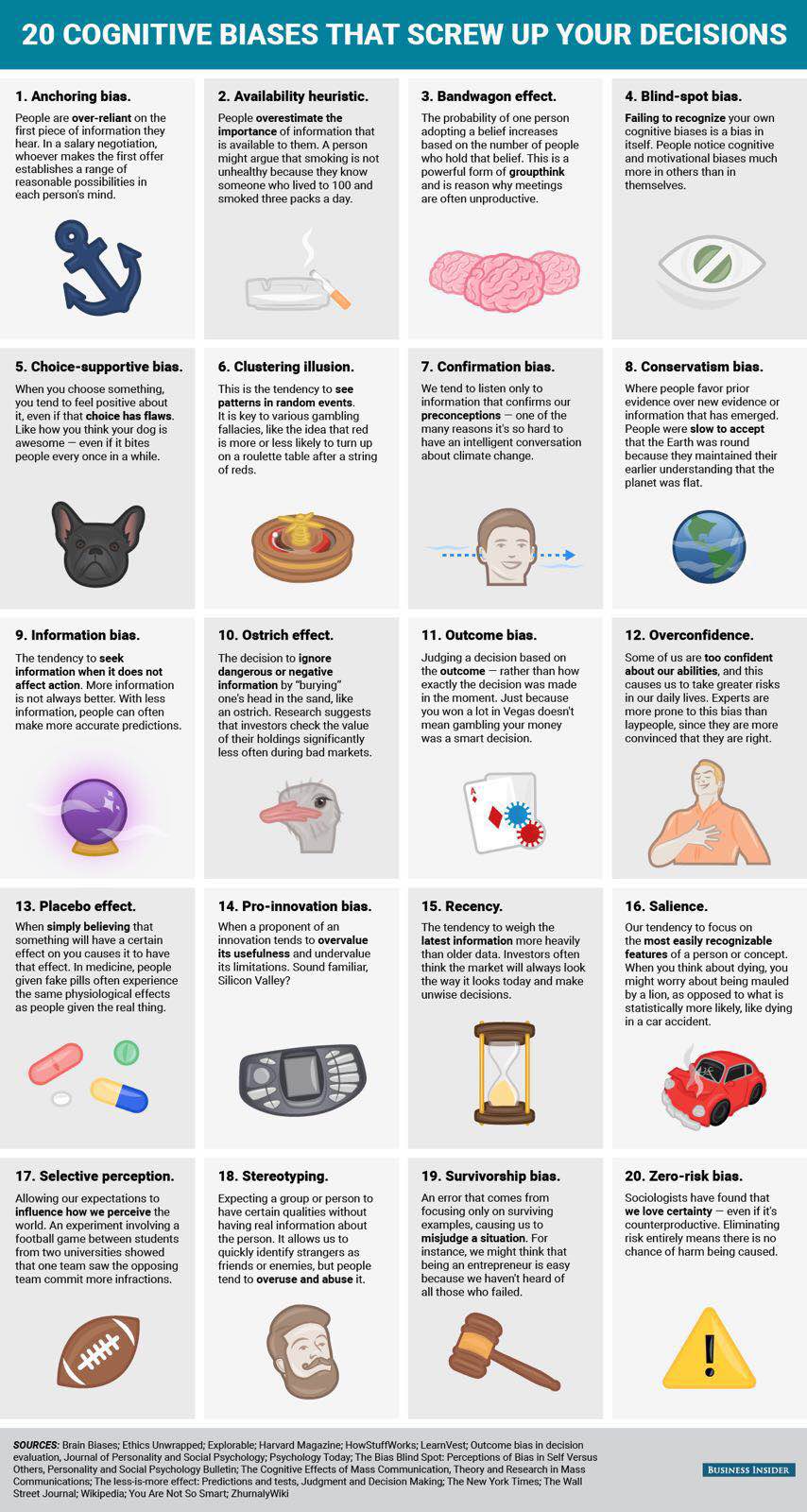 Applying it to the Recruitment Industry

A lot of the biases above overlap when it comes to recruitment but here is our take on how we can relate different types of biases to the recruitment process:

So that’s our interpretation of cognitive biases as it pertains to recruitment. Can you think of any other examples? Let us know below!

(RELATED: How to: Increase Diversity Through Improved Recruitment and Hiring Processes)

How to source contractors on LinkedIn

How to guarantee a positive candidate experience when…

With many of us now working remotely, the hiring process as we know…