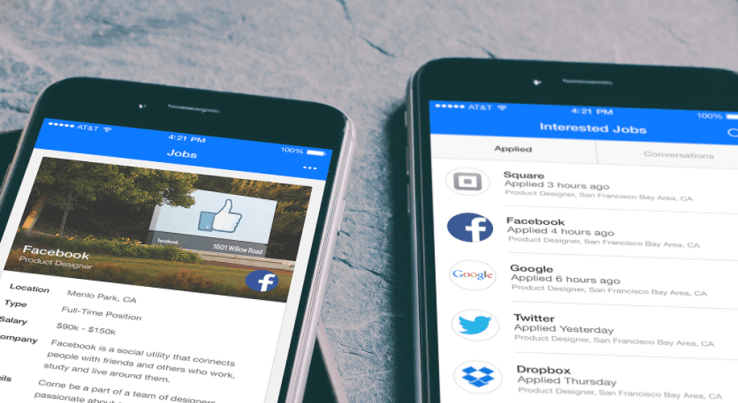 Monster announced last Wednesday that it has acquired the San Fran-based startup Jobr, which had been developing a job-finding app the company described as a “Tinder for jobs”, thanks to its use of swipe-based gestures.

Not many deal terms were disclosed, but we do know that the app will not be shutdown, it will instead be integrated into Monster’s platform. The entire Jobr team will also join Monster, but will remain based in San Francisco.

Before being acquired by Monster, the idea with Jobr was to make the job hunting process easier and quicker. Users would connect their LinkedIn account to the app to create a profile, then swipe through jobs as you would swipe through prospective dates on Tinder. (LinkedIn later locked down its API, and Jobr now offers Facebook login and resume uploads from cloud services like Google Drive, Dropbox and others.) Each position had a profile page that provided information about the company, the job requirements, your matching skills, and it knows who you are from your contacts. Jobr also offered tools for recruiters that let them manage and interact with applicants.

Going forward, Monster will immediately begin integrating its own global talent platform with Jobr, integrating features like single-sign on and developing Monster membership workflows, it says. It’s also aiming to extend the Jobr app to other markets in early 2017. In addition, Monster says its interest in Jobr goes beyond just the one app. It wants to use the team’s resources to build more mobile solutions in the future, as well. This will include the development of mobile components for Monster’s own recruiting platform.

According to Monster President and COO Mark Stoever, the deal is about both tech and talent. “The Jobr app has been tremendously successful and we’re thrilled to add it to our talent platform while integrating key features into the Jobr app,” he says. “The Jobr team is equally as capable and innovative and we will be unleashing their talent on opportunities to develop mobile solutions across the Monster platform, to improve things like the job discovery and application process, candidate search and outreach -for recruiters – and the software solutions we provide to manage the recruiting process. The Jobr team has done an exceptional job – their app quickly emerged as an industry leader and gained significant traction with key audiences we want to provide greater value to, such as with Millennials… we saw this acquisition as an opportunity to move even faster in the space”.

(RELATED: Monster’s the Name and Aggregation is the New Game)

Now available with Business Plus, Sales Navigator and select Talent Solutions subscriptions, Premium Insights are a brand new feature that allow you to see unique and timely data about companies via their company page. 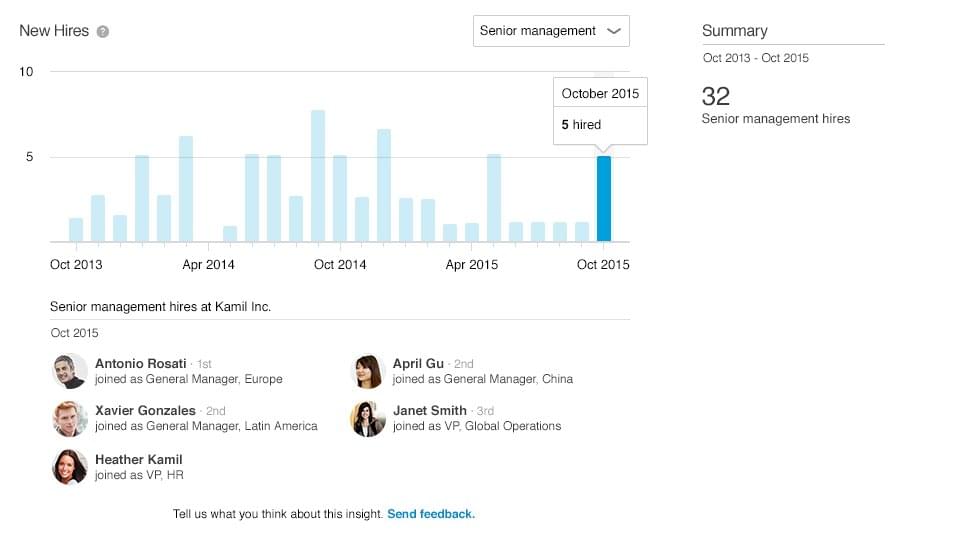 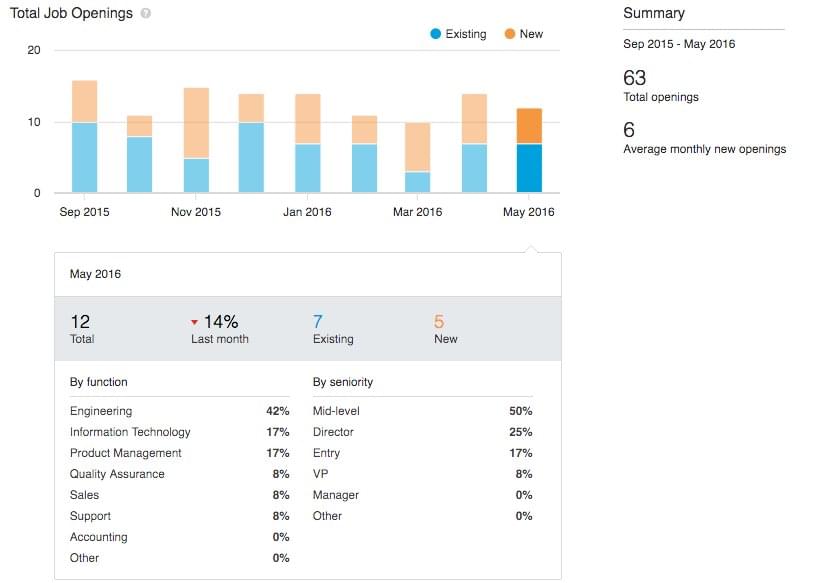 (RELATED: 7 Things You Absolutely NEED To Do Before You Start a LinkedIn Search)

And the New Owner of SimplyHired is…

According to RecruitingHeadlines.com, the buyer for SimplyHired’s assets will be Recruit Holdings Co., the parent company of Indeed. SimplyHired.com will most likely become backfill for Indeed’s listings adding a few more percentage points to their already large market share when it comes to source of hire.

The “chatter” among industry execs was already pointing to them as the buyer. And, according to RecruitingHeadlines.com, it makes sense considering the following; 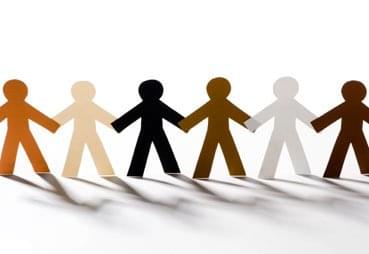 The need to for tech companies to start really pushing their diversity hiring efforts has increased tenfold this week with the launch of a brand new Glassdoor-esque site specifically aimed at tech companies.

Good for PoC is an online database, founded by Amélie Lamont, that identifies good and safe tech companies for people of colour. Good for PoC defines safe as “knowing your job won’t be in jeopardy because of your skin colour or looks” and inclusive as “knowing you’re a welcome member of a community”.

The team started accepting feedback from people of colour in tech back in March, asking about things like benefits, how included you feel at the company on a scale of 1 to 5, how the company ensures employees of colour are happy and how someone would apply to work at the company.

There are currently no plans to list bad companies to work for, though, “as the database grows and if your company isn’t on the list, concern is of warrant,” according to Lamont. 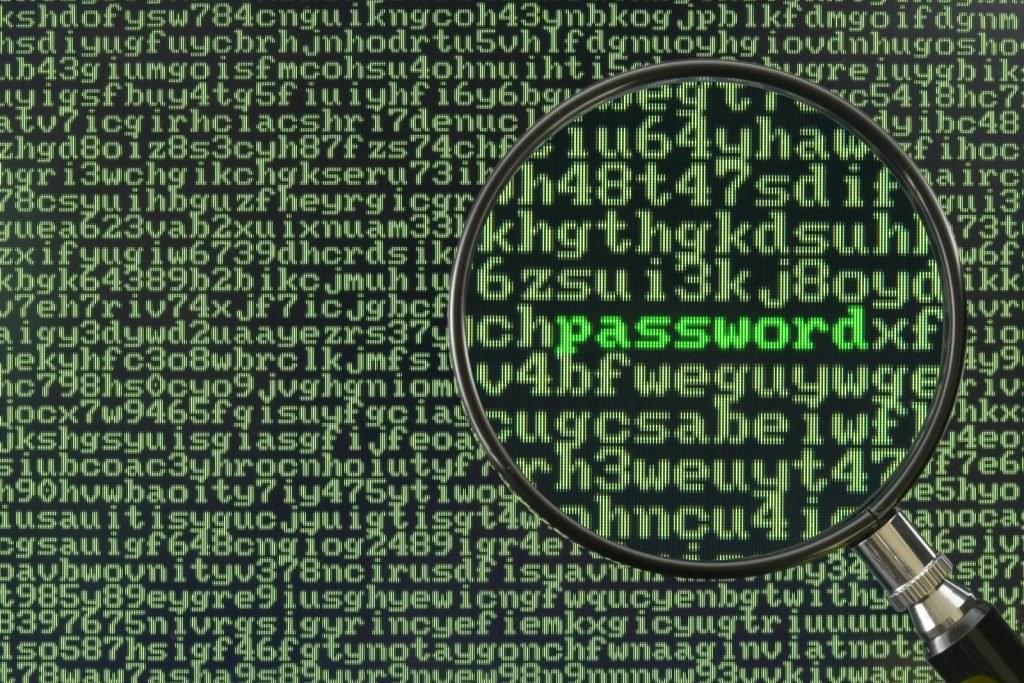 According to Techcrunch.com, hackers may have used malware to collect more than 32 million Twitter login credentials that are now being sold on the dark web. However, Twitter are denying that this is the case.

Yes, while LeakedSource, a site with a search engine of leaked login credentials, said in a blog post that it received a copy of user information from a known hacker which contains 32,888,300 records, including email addresses, usernames and passwords, Twitter are saying: “We are confident that these usernames and credentials were not obtained by a Twitter data breach – our systems have not been breached. In fact, we’ve been working to help keep accounts protected by checking our data against what’s been shared from recent other password leaks”.

Based on information in the data (including the fact that many of the passwords are displayed in plaintext), LeakedSource believes that the user credentials were collected by malware infecting browsers like Firefox or Chrome rather than stolen directly from Twitter. Many of the affected users appear to be in Russia — 6 of the top 10 email domains represented in the database are Russian, including mail.ru and yandex.ru.

LeakedSource have added the information to its search engine, which is paid but lets people remove leaked information for free.

Despite their protestations that no data was breached, Twitter have started to recommend that people “use a unique, strong password for Twitter” and “follow the suggestions in its help centre to keep their accounts secure”. 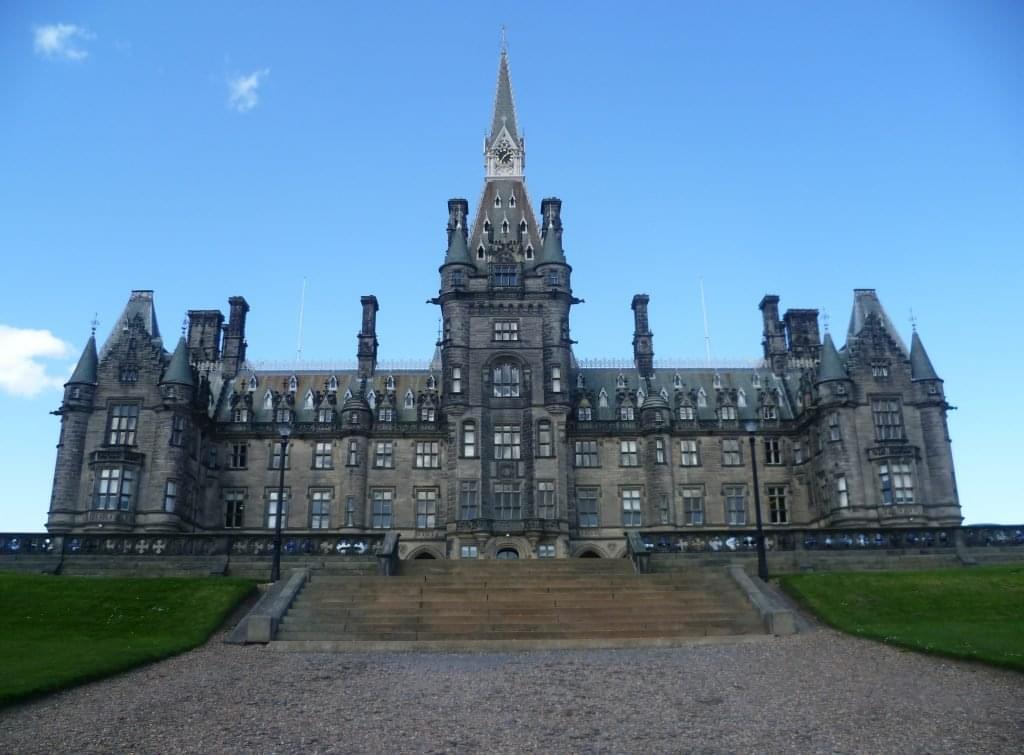 According to a new survey of 500 senior level and executive managers from Indeed, managers who graduated from top-ranked colleges prefer to hire graduates from similar schools. In fact, a whopping 37% of managers who self-identified coming from a top school said they like to hire candidates from top institutions only, versus just 6% of managers who did not go to a top school.

“It’s a worrisome trend that a manager’s personal experience and background has such an influence on hiring decisions,” said Paul D’Arcy, SVP at Indeed. “This type of bias can prevent companies from finding the diverse talent needed for their organisations to grow and thrive.”

The study revealed that the bias towards top college graduates is most pronounced among managers hiring entry-level positions and executive roles, but when it comes to actual workplace performance, managers rank other attributes – such as working well with others (75%), strategic thinking (71%) and self-direction (66%) – much higher as indicative of top workplace performance than a prestigious college diploma. Only 35% of managers agreed that top performers generally come from top schools.

“The fact managers don’t feel that top performers come from top schools shows that we need to pay more attention to hiring practices,” said D’Arcy. “It is often an unconscious bias that leads managers to hire people with similar backgrounds, but that means many talented and qualified candidates are being overlooked.”

Learn more about the study here.

(RELATED: 20 Cognitive Biases that Screw Up Your Decisions – Infographic)

We are loving this update at Social Talent towers! Instead of just logos for the publishers or events captured on Snapchat’s Discover page, the Discover page now features a Pinterest-style mason grid of tiles which include eye-catching image and a headline previews. 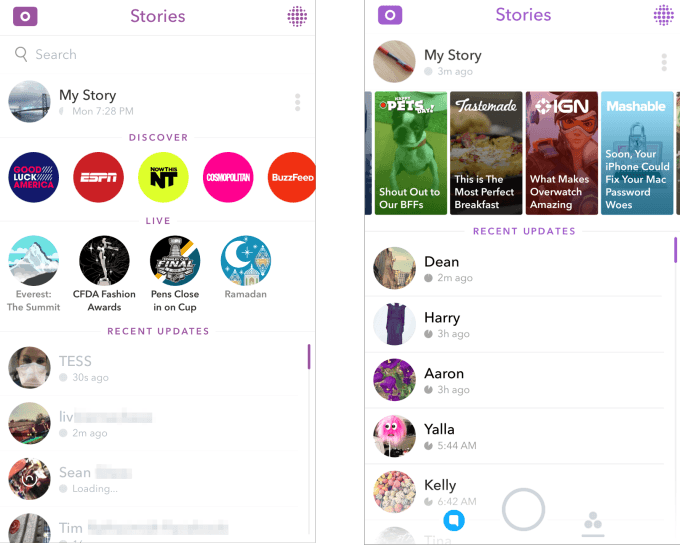 Other changes include the fact that Discover stories and Live stories are no longer separately displayed but integrated into one scrollable carousel. Also, instead of having to dig your favourite Discover channels out of the whole list, you can now tap-and-hold to subscribe to them so they always appear amongst the Recent Stories from accounts you’ve added, unless you later unsubscribe. 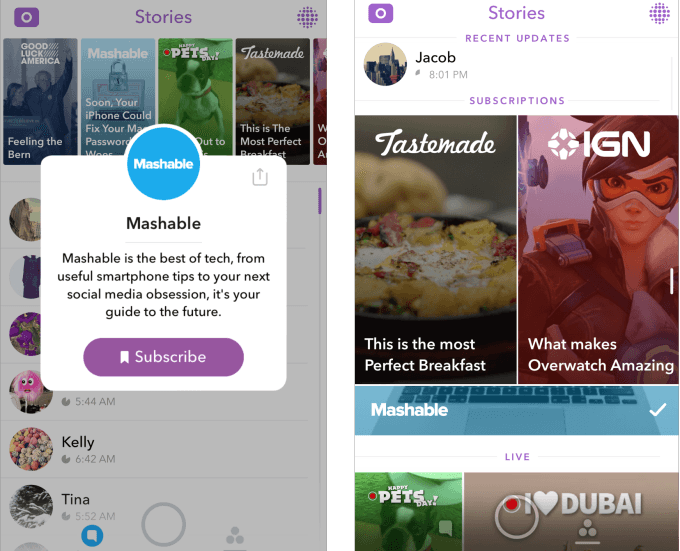 Tapping-and-holding on a Discover channel lets you Subscribe so you always see it on your Stories page. Source: techcrunch.com 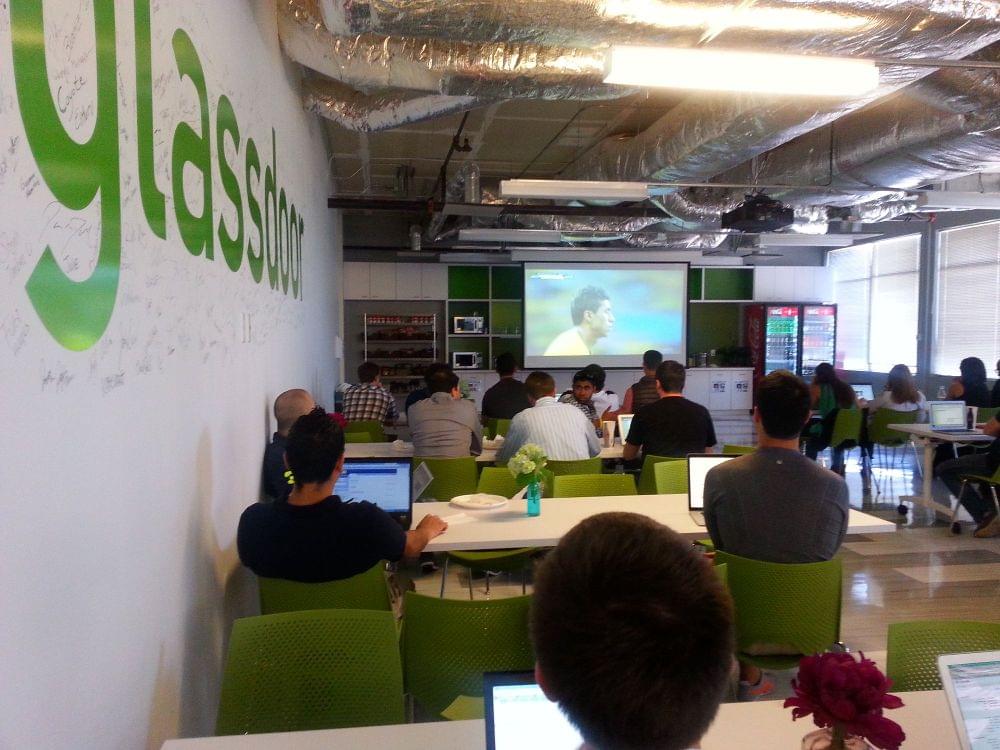 Glassdoor, the site that helps jobseekers look for jobs and research companies that interest them based on feedback from others, has raised another $40 million in funding – a Series H round that values the company at around $1 billion.

Although the site wasn’t looking for funding (there is still money in the bank from the $200 million it’s raised to date) Co-founder and CEO, Robert Hohman, says the funding was a chance to get a new investor on board that Hohman already liked: Henry Ellenbogen.

“We believe that Glassdoor is fundamentally changing the way job seekers search for jobs and companies recruit talent. Their unique user-generated data includes millions of reviews, which increases transparency in recruiting. Our view is that Glassdoor is executing well, and it can be a much larger company over time,” Ellenbogen said in a statement.

Ellenbogen, who leads T. Rowe Price’s New Horizons fund, has been described as one of the most powerful people in Silicon Valley, for taking the lead on mutual funds investing in startups (a trend that has now seen billions poured into a range of ‘unicorns’). He’s also quietly been a “great advisor” to Glassdoor, Hohman said, and so when the offer came to invest, it made sense for now and for the long term.

As for where the investment will go, Hohman said that the company will use it to continue to grow out its content areas and to invest in the machine learning tech that not only helps it detect bogus postings trying to “game” the system but also make better matches between candidates and jobs, which he says already sees better success rates than other job sites. The company also wants to develop new content areas for the site, although he declined to elaborate on what these might be.

(RELATED: The Rise and Rise of the “Glassdoor Generation”) 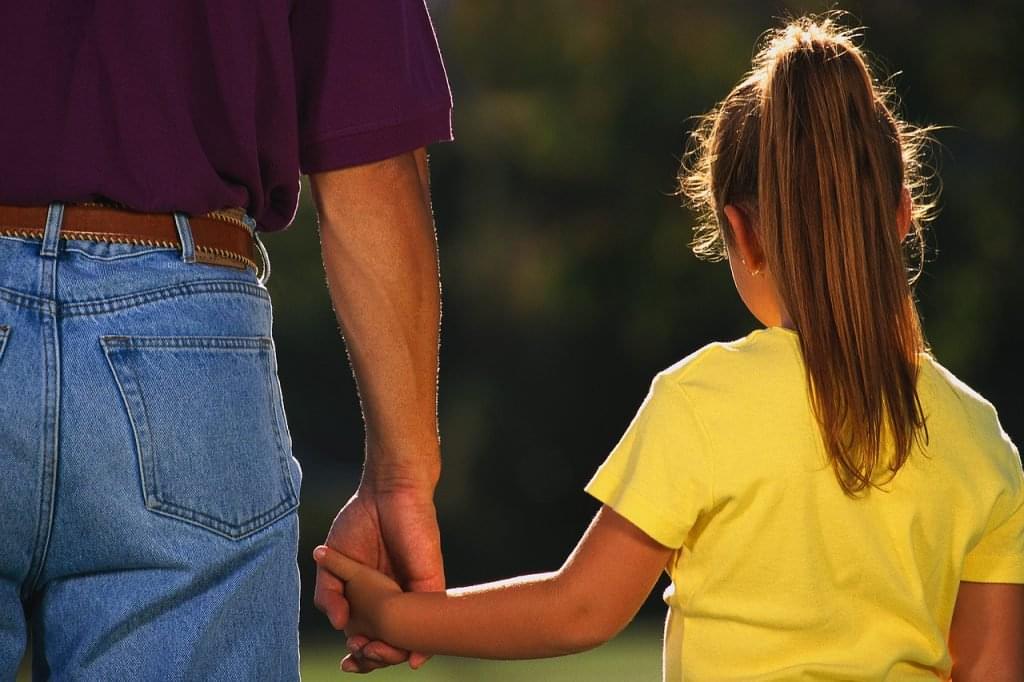 When Lauren Booth, a 16-year-old from England, asked her father to print out her CV in the hopes of finding a new job, she never expected he would do what he did next!

Posting on Twitter, Booth wrote: “Emailed my CV to dad at work so he could print it off for me and the bloody idiot has gone and changed it all.”

Emailed my CV to dad at work so he could print it off for me n the bloody idiot has gone and changed it all???????? pic.twitter.com/za50EVzy4q

Under the ‘Personal Profile’ section of the application, her father wrote: “I am a bone-idle and unreliable individual who is always on my phone. I am looking to work within business in the future, preferably doing as little as possible. I am proficient in Facebook, Twitter and Snapchat. I also volunteer as a part-time swimming coach when I can be bothered.”

Booth’s ‘Qualifications and Skills’ included; “knowing it all”, “bad at paying debts”, “the desire to do as little as possible”, “unreliable”, “opinionated”, “disorganised” and “a lack of patience”.

The second page of the CV included a list of responsibilities, all of which her father had graded Booth a U for useless: 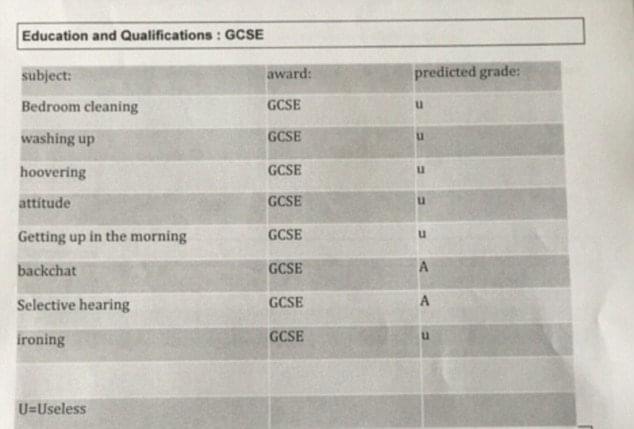 Wow, with a Dad like that who needs enemies!!!