The 3 Simple Rules For Following Up With Candidates 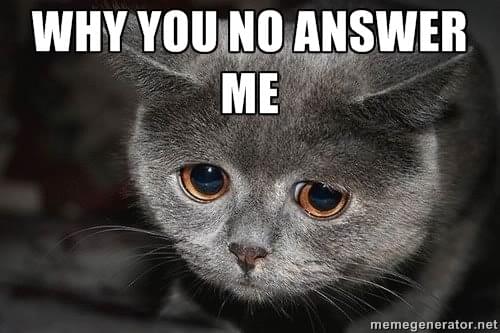 Following up can be tricky business – you want to make sure that you’re doing absolutely everything you can to get potential candidates to respond to you, but on the other hand there’s that voice in your head that whispers ‘They haven’t answered your first email, clearly they aren’t interested..stop being such a pest and give up the ghost!” Even though following up is part and parcel of any recruiter’s job, you still don’t want to come across as a nuisance to candidates. You’ll be interested to know, however, that there are actual cold hard facts to prove that following up really does work…you just need to do it the right way to get the results you want.

Today, we’re going to take the guilt out of following up by sharing our 3 simple rules to guarantee an increase in your response rates.

Sometimes no matter how gripping your email is, or how charming you were when you left a voicemail, the fact of the matter is that some people just won’t get back to you. It’s easy to get disheartened by this, and sure, some of those people aren’t getting back to you because they just aren’t interested in what it is you have for them. But a lot of the time it’s simply because…wait for it…people are busy. Yep. As simple as that. Or maybe they got your mail and had the best of intentions to reply but somehow forgot and ended up filing it away. So instead of shying away from following up, embrace it! Stop thinking that people will wince every time a mail from you drops into their inbox, instead try to remember that you’re simply giving them another opportunity to take you up on your great offer.

Let’s take a quick look at some of the facts. Sarah Fleishman from Microsoft (formerly of HP)  provided us with some really interesting data about following up. She ran an experiment with her recruiting team in Seattle whereby she asked everyone to send out a message to potential candidates on LinkedIn. They got a certain response rate during the first cut, and then she asked her team to follow up a second time to everyone that hadn’t replied to the first inMail. Surprisingly, they saw that a high volume of people replied to that inMail, of which half of them said yes to the job! They then took it one step further, again to the group of people that hadn’t replied to either the first or second inMail, reminding them about the message they had sent and flagging the fact that they hadn’t received a reply about whether they would be interested in the job opportunity or not. Of the people that responded to this inMail, over half of them said yes. They did this over eight iterations and kept getting people saying yes at every round. Of course, they did get people that said no too, but ultimately they were getting a higher return from the same effort. 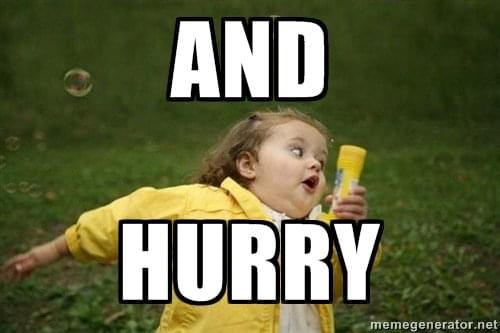 Most emails are opened within the first 24 hours of being received. So if you’re going to get a reply, it’ll probably be within a day of you sending it, so if you haven’t received a response during this time, you can start moving forward with Plan B immediately.

Not forgetting that you could have dozens of candidates to follow up with on any given day, we highly recommend that you put a structure in place whereby you send your emails or calls in the morning, then immediately schedule follow-ups in your calendar so that you know who you’re calling or emailing within a 48-hour window from the time the first email was sent.

If you want to get particularly ninja-ish with this, download the Hubspot Sales email extension. Once installed, you’ll get a notification as soon as your email is opened by the recipient. If they open up the email, then close and mark it as unread because they don’t want to deal with it then and there but open it again the next morning, you’ll get another ‘open’ notification. This could be the perfect time for you to pick up the phone and call the candidate (ideally hoping that they’ll say “That’s funny, I just opened your email…this must be fate!”). Ok, maybe not that extreme but you get the gist…

Rule #3: Do it in different ways

Just because you sent the candidate an email in the first instance, it doesn’t mean that you need to send another email to follow up. Try a phone call or an inMail this time. If you change it up a little bit, you’ll be giving yourself a better chance of engagement. One thing that you should ALWAYS do no matter what medium you’re using is to reference your initial message about having a job opportunity that you feel they would be a good fit for. That way, the person on the receiving end gets the message every time you reach out, and the pressure to give you a straight answer builds (in the nicest possible way!)

At a panel that our chief ninja Johnny Campbell took part in last year, potential candidates who were attending were asked why they don’t engage with recruiters. Believe it or not, some of the them said that they enjoy the feeling of being chased by recruiters. They like to get a couple of messages before they feel as though it’s time to reply. So don’t forget about that kind of psychology – it could very well be the reason why your first message isn’t being replied to. In-demand candidates could be getting courted by plenty of recruiters at any given time so they know all too well about the dance that’s involved. We often say that sourcing is like a courtship, so don’t forget that some candidates may have the same view…and they may want you to do your groundwork before they will agree to move forward.

Getting a high response rate really isn’t about doing everything right in the first instance. It’s just as much about following up with the right people and having a process in place to make sure that those people get every chance to engage. Sometimes that reply might be a cold hard no, but wouldn’t you much prefer to get a straight-up no from a candidate over radio silence? The facts speak for themselves – following up works. So rid yourself of fear, pick up that phone or draft that second email and see what happens…the results may just surprise you!

(RELATED: 10 Things You Should Never Put in Your inMails…Like Ever)