Glassdoor have just launched a simple but really clever new feature. Job Explorer, a free interactive job search mapping tool, is set to “bridge the gap between those looking for work and those with jobs available“. And just in the nick of time to, because although there are nearly 5 million job openings in the US and almost 10 million unemployed Americans, roles are still not being filled.

By mapping job opportunities (currently only in North America) and showing you where there is demand for your skills, Job Explorer allows job seekers to “pinpoint the best job opportunities by city, county and state” and to explore what other jobs they may be qualified for. In other words, it helps job seekers identify where they have the best odds of finding a job.

There are two key features that make up Glassdoor Job Explorer: 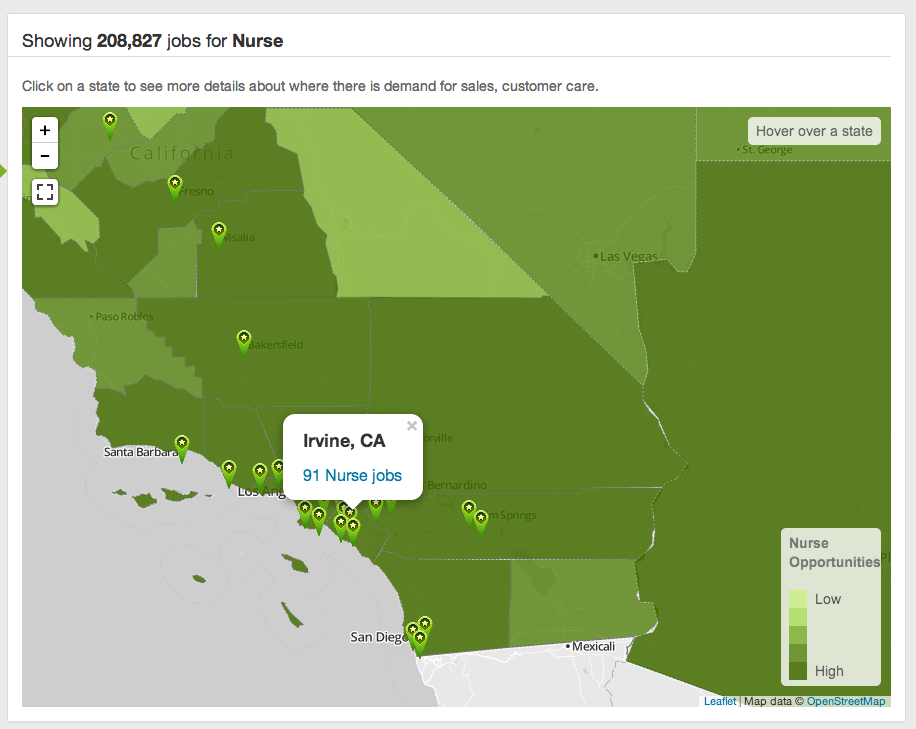 As the example above illustrates, the job map and opportunity scale displays the level of job opportunity in each area based on number of job listings and other key factors like unemployment rate and population in each area. The darker the highlighted region on the map, the greater the opportunity to find work. 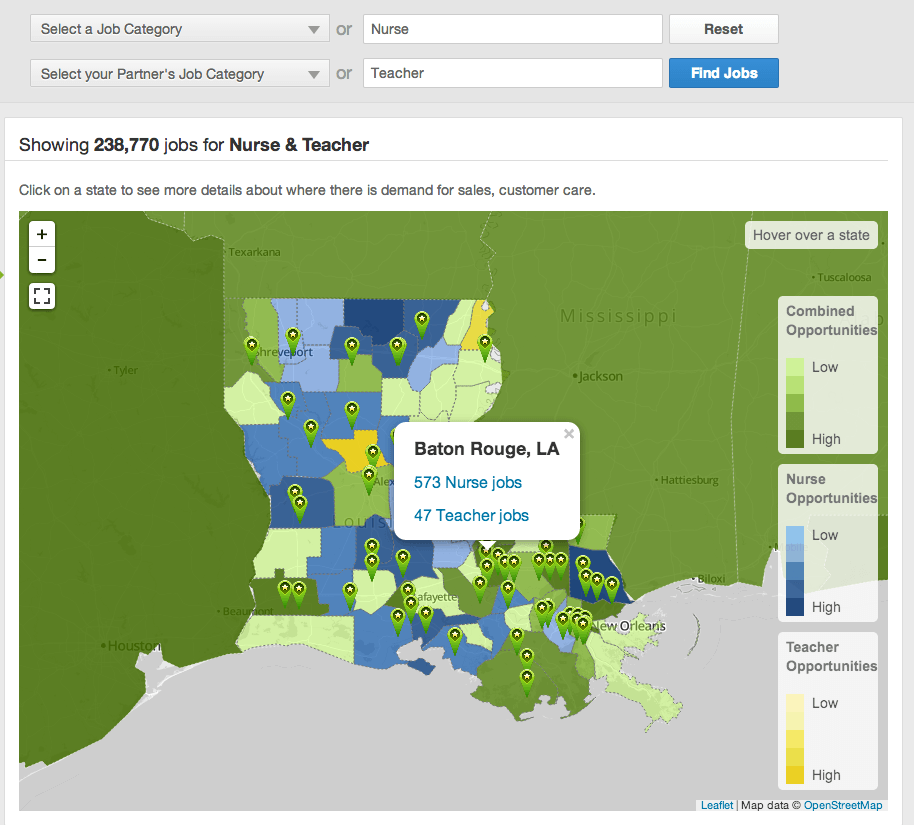 Using Glassdoor’s resume database, the career progression tool suggests similar jobs the job seeker could apply for based on the career paths other job seekers with the same skills have taken. It also provides job seekers with practical information like the base salary they can expect in these alternative roles and the percentage of people with their skills who successfully made the transition to that type of role.

For more information on this ingenious product, watch the video below:

In it’s second quarterly earnings report of the year, the social network pulled in $2.9 billion in revenue and a profit of $791 million. The site is up 40 million active monthly users from the previous quarter and mobile users are up from 1.01 billion to 1.07 billion. That’s an important stat to note, because 62% of Facebook’s $2.7 billion advertising revenue this quarter, is made up of mobile advertising revenue. A percentage that’s risen by 59% since last quarter and 41% since this time last year. 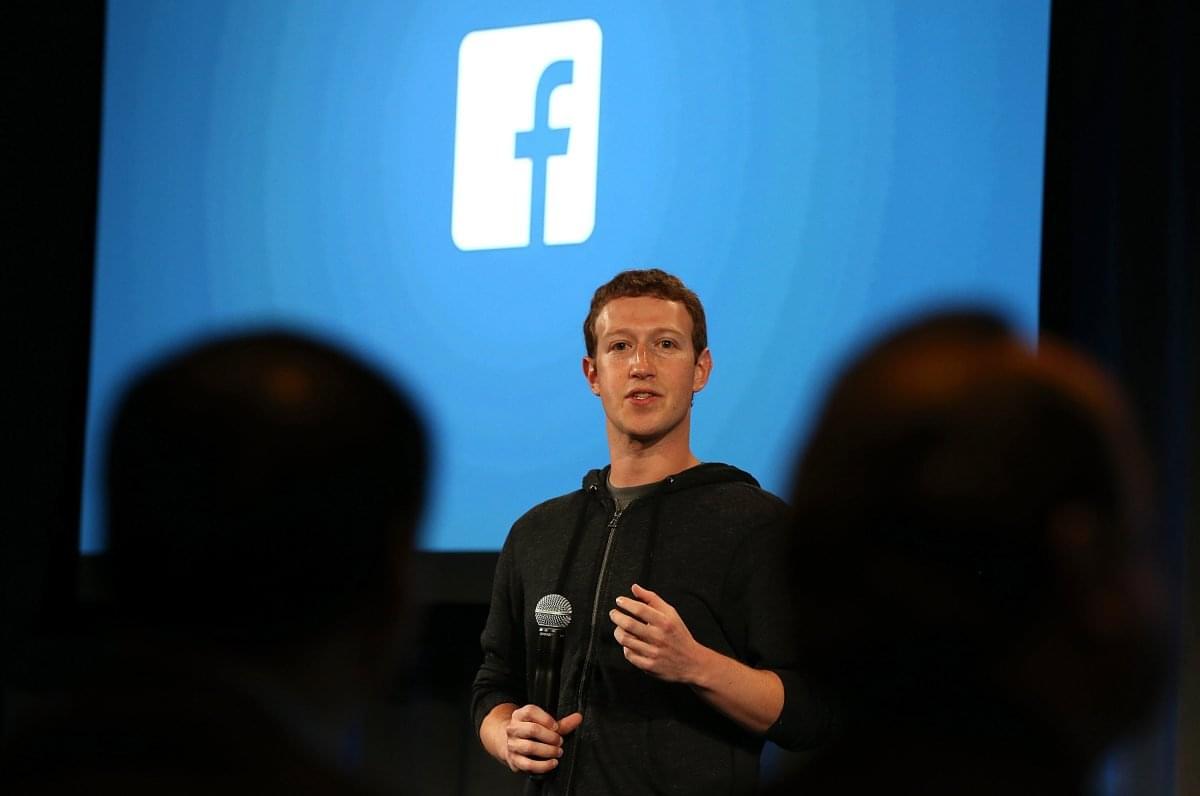 Zuckerburg has said that “public content will continue to be a growing focus for [Facebook] over the coming months,” and while investors will be delighted with this quarters figures, they shouldn’t expect significant monetization from any newer apps and acquisitions like WhatsApp and Instagram just yet.

Facebook’s investors may be delighted with the company, but William Shatner certainly isn’t! The comedic actor has launched a tirade against Facebook’s newest app, made specifically for celebrities; Facebook Mentions.

If you’ve not heard of Facebook Mentions before, it’s probably because you’re just not famous enough! Launched last week, the app is supposed to make celebrities lives on social media easier by allowing them to swoop in on conversations where their fans mention them, as well as being easily able to conduct live Q&A sessions a the swipe of a button, from the comfort of their super yachts.

The reason for Shatner’s anger? The problem starts at sign-up. Apparently, the first thing you have to do when firing up Mentions as a celebrity, is follow another celebrity. Shatner’s suggested celebrity was his old frenemy and social media superstar George Takei. “If this app is for celebrities,” Shatner asks, “then why force them to follow another celebrity in order to set up this app?” “I’m not quite sure why Facebook released this app,” he continued, “it seems to be ill conceived.” Wise words Shatner.

‘Checkr’ Their Background For As Little As $25

Need a background check on a potential new employee? Then this could be the product for you. 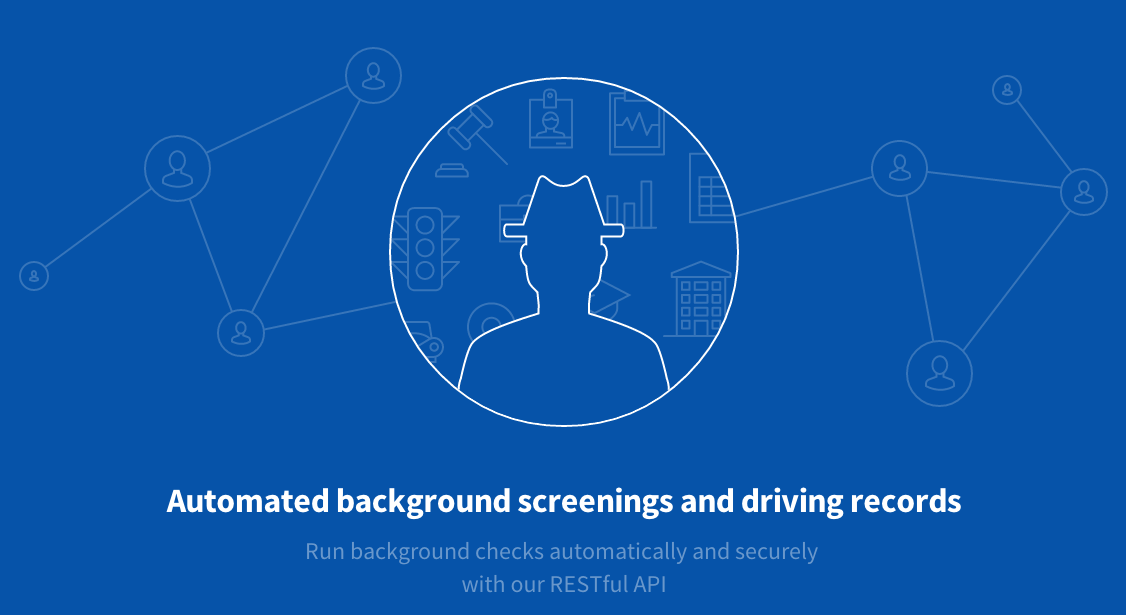 This will come as a major relief for companies like Uber who will conduct up to 2 million background checks this year alone.

Since launching in April, the company has been focused on serving the on-demand space and has signed on around 40 clients. It is processing about 1,500 background checks a month, and growing that number by about 25% a week.

Check out how you can become one of those clients here.

It’s bad news for recruiters in Singapore I’m afraid, as new rules compelling employers to advertise all vacancies to Singapore nationals first, could result in big delays in the recruitment process.

From 1st August 2014, new rules will force employers (and recruitment agencies) to advertise all jobs open to applications from foreign workers on a Singaporean government job site, the Jobs Bank, for 14 days before they can consider an ex-pat. 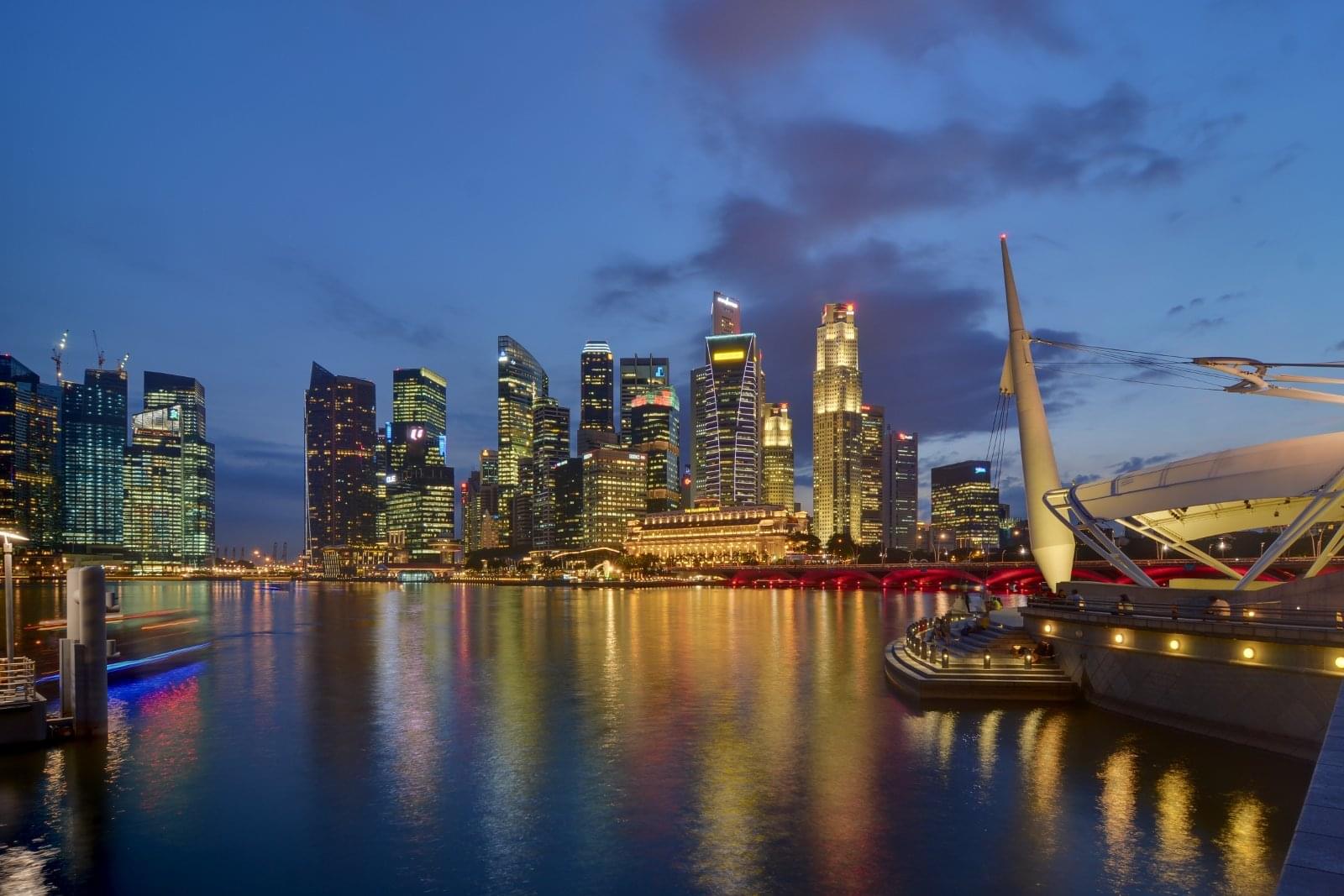 Introduced by Singapore’s Ministry of Manpower, the new rules requires employers to consider Singaporeans fairly for all job opportunities. According to June’s Ministry of Manpower Labour Market Statistical Information’, the Singapore job market currently has 62,500 vacancies, an 11% increase on the previous quarter, but job creation appears to be slowing as 28,000 jobs were created in Q1 2014, compared to over 40,000 jobs in the previous quarter.

There is some light at the end of the tunnel though, as high paying roles will be exempt from the new rules as will employers with fewer than 25 employees in their organisation.

Robert Half, which supplies accounting and financial services staff, is reporting a net fee income in excess of $1 billion for Q2. Harold M Messmer, chairman and chief executive officer of Robert Half, attributed the growth to higher-performing labour markets and greater global demand for the company’s services.

Manpower reported a 6% increase in their Q2 income statement, up to just over $5 billion. Jonas Prising, chief executive of ManpowerGroup, says: “In the second quarter, we saw our revenue growth improve in a number of major operations including in the US, the UK and Italy. This, combined with our continued focus on efficiency and productivity, has resulted in good operational leverage and healthy earnings growth.”