How To: Find a Job as a New Grad (Fearghal's Story)

When I met Fearghal Ryan in Bewley’s cafe on Dublin’s Grafton Street, he was an Easter weekend away from beginning his new job as a Support Consultant in SAP.

Fearghal had graduated from Trinity College Dublin in 2009 where he studied Civil Engineering, and went on to the University of Notre Dame in Indiana under the Naughton Fellowship (the first Irish student to participate in the ESTEEM Masters Programme), completing a masters in Engineering, Science and Technology Entrepreneurship for another year. Following his stint in Notre Dame, he worked in San Diego at Qualcomm for 12 months before realising he wanted to come home.

So why leave the US where all things technology are in high demand?

According to Fearghal, the rules of his US Visa were too restrictive for him to really develop his career, whereas his options at home in Ireland were quite good considering his educational background and work experience so far with Qualcomm. He wanted to work in a client-facing role, with a global technology or consulting firm, and to be Dublin-based to be near his friends and family. 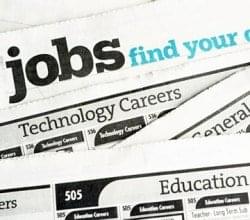 How did he go about finding a new job?

His job search process began back in San Diego, where he hired the services of friend and Career Coach James Seetoo to discover what he really wanted to do for a living. This was paid-for advice, but Fearghal says he found it really helped him, as James’ experience in executive recruiting and coaching helped him map his career plan and goals, and set him up for the transition. Fearghal still keeps in contact with James, and was able to get his valuable perspective throughout the job hunt.

When he got home, he immediately began building up his network, looking for in-person referrals to companies where possible and then submitting his CV. To companies that he had no connection with, his applications were often ignored. His advice: referrals are the main way to be introduced to companies.

He also attended The Communications Clinic for job-interview practice, another paid-for service (they do a ‚¬150 discount for unemployed people and students) but one that Fearghal believes was invaluable. Working with Barry McLoughlin, they filmed his interview, giving him an outside view of how the interviewer perceives him. It was through this method that he realised he needed to work on specifics and figure out how his skills and experience would benefit the interviewer’s organization.

Through collaboration with the Careers Office in Trinity College, Fearghal was invited to come in and give a presentation about the Naughton Fellowships during the “Your Career: Study or Work?” week in February, to explain about the masters and the benefits of studying in Notre Dame.

SAP had sponsored the weeklong career fair, and having been introduced by a Trinity Careers Adviser, Fearghal later had the opportunity to have a meeting with the SAP recruiters. A few weeks later he was called for interview. With his newly acquired interview skills and thorough company research at hand, he won them over and was offered a full time role in the Client Support team.