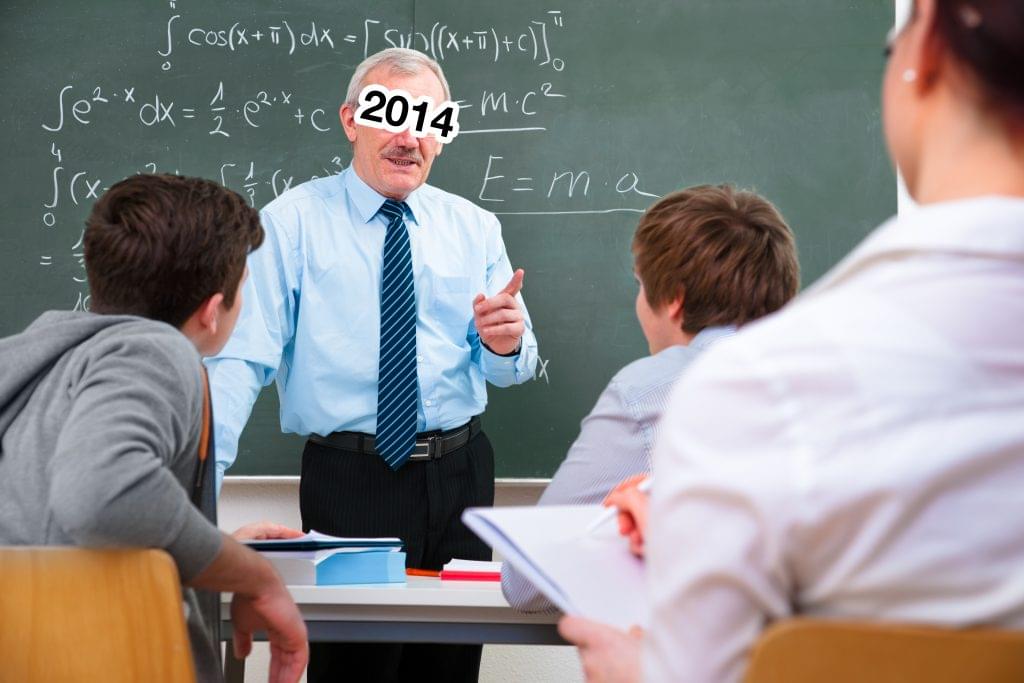 We may have waved goodbye to the year that was 2014, but that doesn’t mean we can just stride boldly into 2015 without acknowledging the fact that it existed and without applying what we’ve learned from it, to our new thinking going forward. Oh no! 2014 was choc-a-block with lessons to be learned, tips to take note of and techniques to be applied to how we go about sourcing in 2015, and we want to make sure you didn’t miss any of them: 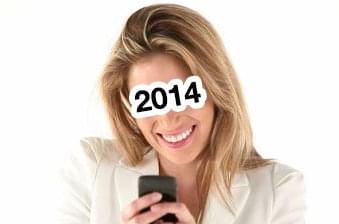 In 2014, mobile was no longer just an up and coming technology to be thought about in future terms. 1.75 BILLION people (that’s a quarter of the earth’s entire population) owned a smartphone and for the first time ever, more people had access to the internet on a mobile device than on a desktop computer. And the mobile phenomenon had quite the impact on the recruitment industry:

3 in 5 job seekers used mobile devices to search for jobs. 68% of them were searching for jobs once a week and 30% were searching more than once a day. Peak times for job search also changed. Unlike desktop job searches that usually took place at 9AM, mobile usage began to peak after office hours at 8PM and was more consistent throughout the day.

Globally, 70% of job seekers desired the ability to apply for jobs via their mobile device and as a result, Indeed.com were seeing just over 100,000 mobile job applications a day in 2014. 40% of candidates said they would abandon a non-mobile application process, and employers who accepted mobile applications were twice as likely to receive as many quality applicants.

Nearly 1 in 3 job seekers preferred the mobile versions of job boards in 2014, claiming they’re cleaner looking, easier to navigate and more user friendly. While half of all job searches on Indeed.com were carried out on mobile devices. 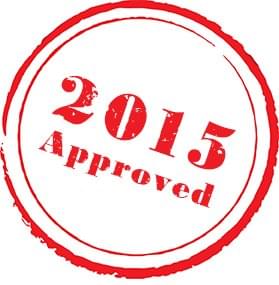 Well, it teaches us that mobile is now an essential element of the recruitment process, not just a desired one. Candidates are favouring mobile job search processes and are actively disengaging with companies that fail to provide mobile-friendly career sites and job application processes. Therefore, your sourcing success in 2015 will depend heavily upon your mobile options.

While the perfect 2015 mobile application experience will ensure:

For more information on exactly how to achieve each of these things, click here. 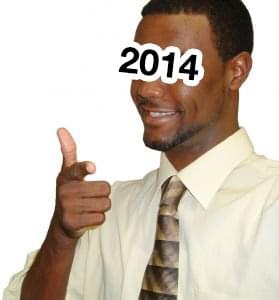 The tables have officially turned! Job seekers are now in control of the job market and recruiters have to adapt to their needs.

MRINetwork’s most recent Recruiter Sentiment Study says 83% of the 333 responding recruiters describe the current employment market as candidate-driven. In 3 years, the percentage of recruiters who say candidates are in the driver’s seat has risen 29 points. And, as one of the survey’s participating recruiters noted, It is definitely and without a doubt a candidate-driven market, however many employers are still labouring under the same processes as they did when it was an employer-driven market.

Indeed, in the past, the application process in particular has always favoured recruiters and employers. We expected that if a candidate wanted a job badly enough, they would take time out of their schedule to put together an application and fill out our forms regardless of how long it might take them. We’ve also always assumed that we need not contact everyone who has applied, just the people we believe are a good fit for the job in the end. Not any more! Throughout 2014 it became increasingly apparent that candidates were starting to develop negative opinions about companies with bad application processes.

Nowadays, if the application process takes too long or a candidate doesn’t hear back from a company after spending a long period of time filling out an application form, candidates start to feel like it was a mistake to waste their time applying to that company in the first place, when they could have applied elsewhere. Such bad feeling has been known to lead to poor company ratings and bad publicity, none of which you want if you’re trying to attract top quality talent.

The most important thing to remember when setting out or amending your application process, is that it is a two-sided process. And in order to establish a positive relationship with all potential candidates you need to have a courteous, easy application process in place that, at a bare minimum, adheres to these two prerequisites:

Your application process should recognise the people that go through it. Candidates do not look kindly on being left in the dark when it comes to the hiring process. If a candidate took the time to apply for your job in the first place, you should take the time to put together a proper response for why they didn’t get the job. Feedback builds better candidate’s for the future and will make the candidate respect your decision, because as Stacy Zapar Donovan said Today’s no candidate is tomorrow’s yes candidate (or source of referral) so never burn a bridge.

For a full run down of everything your 2015 application process needs to provide the perfect candidate experience, click here.

Employer Branding became an Essential Element of the Recruitment Process 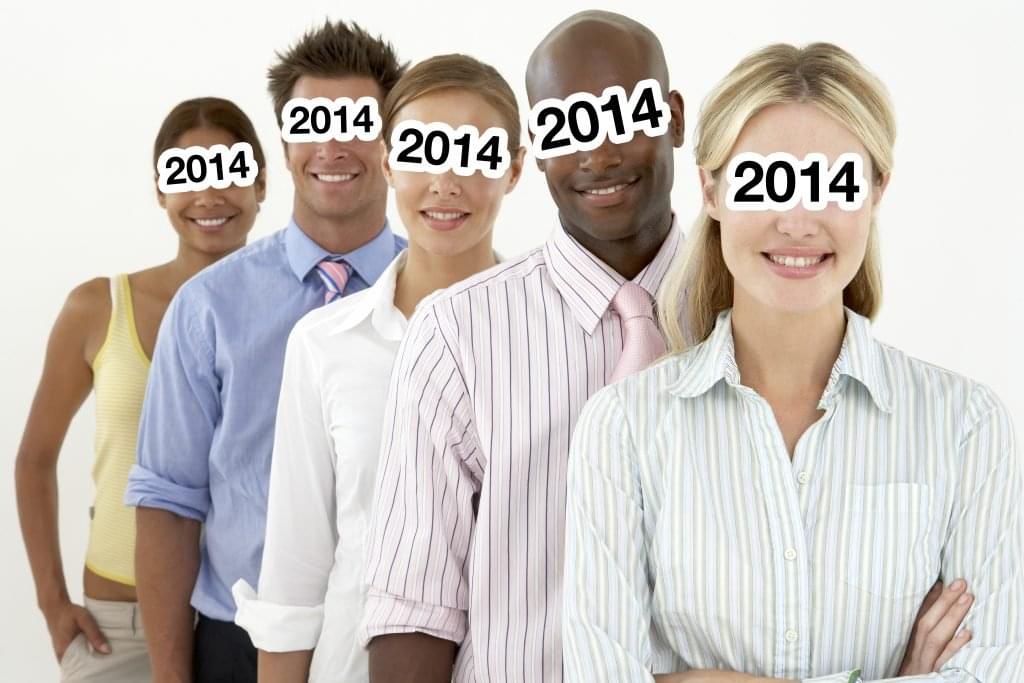 In 2014, the recruitment industry finally started to realise that job postings and recruitment software weren’t enough in the effort to win the war for talent, and in order to stop top talent being stolen from them in 2015, they needed to start properly investing in what J.T. O’Donnell (Careerealism’s CEO) calls the single most disruptive recruitment technique we’ve seen in 2 decades ‚¬€œ or what we call, Employment Branding.

In 2014, Employer Branding became less about “It’s all about us, the company, we’re amazing!” and become much more “It’s about our people“. As a result companies like Deloitte and Jameson began to recognise that in order to attract the type of candidates they wanted, they needed to show those potential candidates that their current employees are just like them and they are really enjoying their role in the company.

In their employer branding video, Deloitte, instead of the usual/predictable format detailing how great’ the company is and how fun’ it is to work there, decided to make their current cohort of interns, the stars of the show. Deloitte showcase their experiences with the company internship process so far and what they hope to achieve from it and do so in an approachable, humorous way. Similarly, Jameson didn’t try to impose their corporate culture or message upon us in their employer  branding video. They made their’s about the 2 girls taking part in their graduate scheme and the girls’ experiences as real members of the Jameson team. They also went on to show how those experiences benefitted the girls personally.

To ensure your Employer Branding efforts are up to scratch in 2015, the first thing you need to do is find the stories within your firm. Every single one of your employees has a story to tell of their time and experience in your company. Find your Trojan Horses that will carry your talent brand story along for the ride and let them tell their story in their own words. Make it all about them.

Secondly, determine how you’re going to tell those stories. Ask yourself, how you want to make potential candidates feel when they see this piece of employer branding. The third thing you need to do is determine which social network works best for you and your employees to share their stories on e.g. a video on Youtube, in a weekly post on Facebook etc. And finally, just ensure that your efforts involve your people!

For much more help in trying to achieve this, click here. 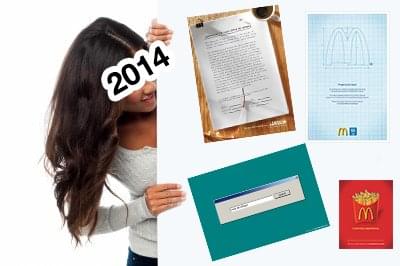 Similarly, we found that visual Twitter Cards proved to be a huge success for us when promoting our blog content. In fact, in the first 5 weeks of using Twitter cards to promote our content we have saw a 63% increase in the number of link clicks our tweets have received!

It teaches us that if our job postings lack visual content, we could potentially be missing out on the best talent for our company.

As a result, companies would be well-advised to revise their profiles and job postings on sites such as LinkedIn, and try to include images and videos in them as much as possible. They should also take a look at their ATS. Many applicant tracking systems support branding and design capabilities for including valuable visual elements on company careers pages, and they are well worth utilising.

And finally, give Twitter Cards a go. If they could raise our link clicks by 63% (and they did!), imagine the possibilities for attracting candidates to your open roles via Twitter. Click here for our guide on how to set them up and use them.

Promises of a Higher Salary Didn’t Necessarily Secure the Candidate 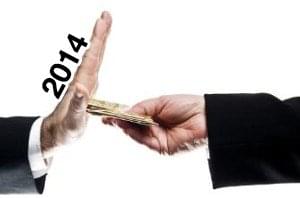 Gone are the days when the promise of a higher salary would lure a potential candidate to take a job. In 2014, a raise in pay wasn’t the key ‘be all and end all’ of enticing someone to take a new job elsewhere. Instead, candidates tended to focus on the opportunities the company could offered it’s current employees and how those opportunities could help them grow and expand as a person and an employee.

Apart from a raise, we discovered that the most successful ways to entice tech candidates in 2014 were:

And the top 3 perks that attracted non-digital workers to change their employer in 2014 were:

Your job is to find what it is that your current employees love about their perks and their work environment, and sell that.

There are loads of ideas for inexpensive perks that you can implement for your team, helping to boost employee productivity and also help attract people. For example:

2014 was a year of significant change within the recruitment industry and it thought us that if we hope to survive in this business long-term, we need to be able to adapt quickly to the changing needs of the candidates we seek. You now have the information to do so, so what the bloody hell are you waiting for?! Get out there and own 2015!

Every month we review the most popular SocialTalent content on the platform, in…

Get ready for the future of talent acquisition

In two months this year, we experienced two years of digital transformation. Two…