More and More People Searching for Jobs Via Mobile 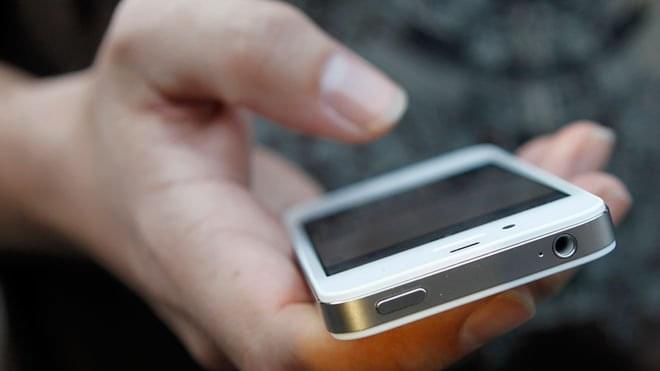 A new survey from the Pew Research Center suggests that when it comes to finding their next gig, 79% of Americans head online. Another 66% said they relied on friends and family in their most recent job search, with professional and work connections close behind at 63%.

“Online employment resources now rival personal and professional networks as a top source of job information for Americans who are looking for work,” read the research note accompanying Pew’s data. But not only are more job-seekers going online, they’re also going mobile. In fact, 28% of respondents reported use of a smartphone in their job search.

Of those people relying on their mobile device, more than half used it to fill out an actual application. But this method isn’t without its aggravations, according to Pew: “Nearly half of smartphone job seekers have had problems accessing job-related content because it wasn’t displaying properly on their phone or had difficulty reading the text in a job posting because it was not designed for a mobile device.”

In addition to mobile, social media is also an increasingly prevalent tool in job searches. Among those who use these platforms, some 13% reported that information they posted on a social network helped them land a job. Nor is use of social networks necessarily restricted to age. “Younger users are especially active at utilising these platforms for employment-related purposes,” Pew reported, “but many older users are taking advantage of social media when looking for work as well.”

HSBC to utilise name-blind CVs in quest for gender parity 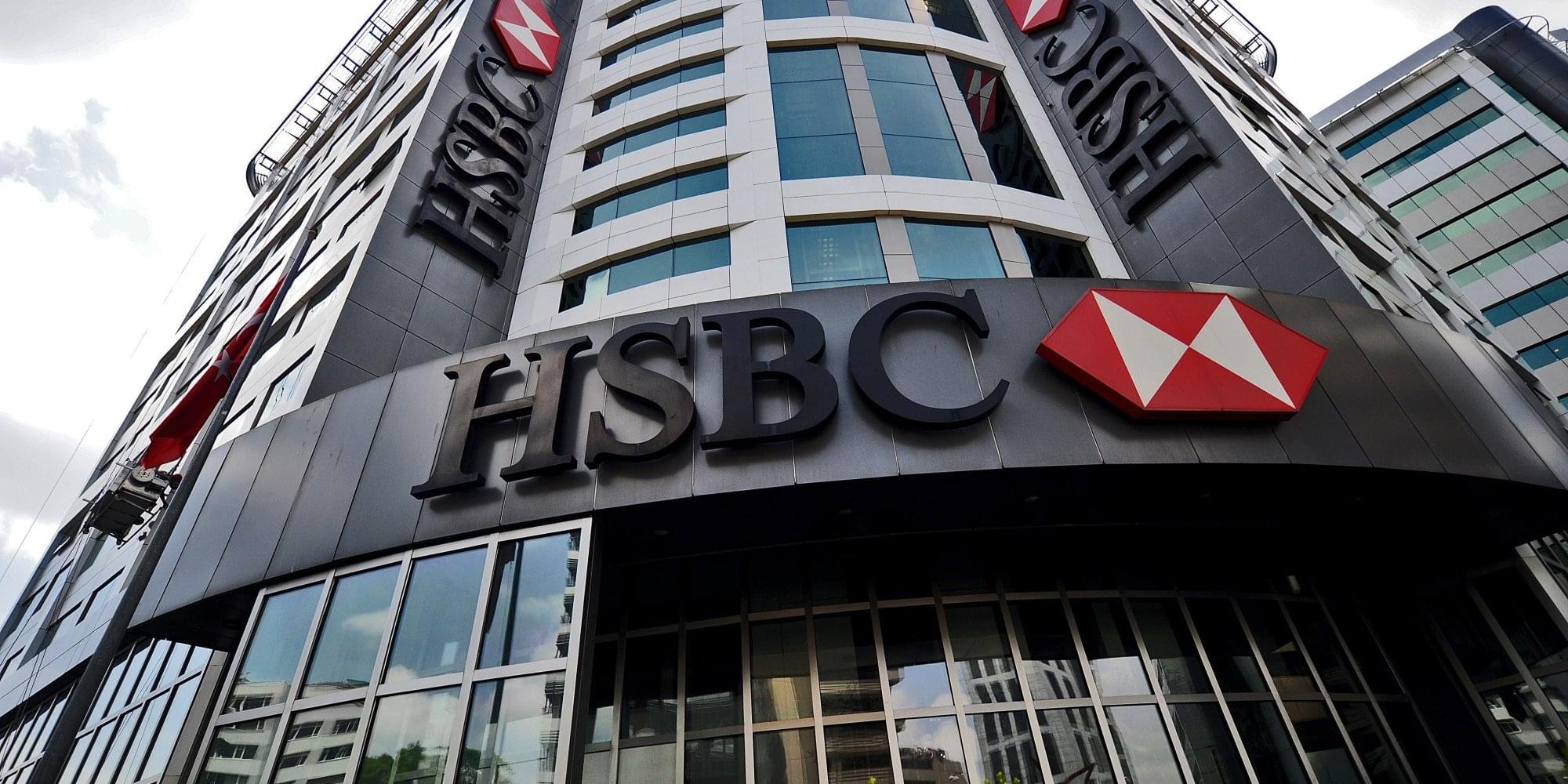 In a game-changing move for diversity hiring within the banking sector, HSBC will now actively require recruitment firms to send 50/50 name-blind candidate shortlists only.

Antonio Simoes, CEO at HSBC’s UK, said: “It’s completely unacceptable that in 2015, women are still significantly underrepresented at a senior management level across the financial services industry. We are committed to putting that right at HSBC UK. Our aspiration is to achieve gender parity at all levels of the bank and to create a true meritocracy where everyone has the opportunity to develop their career, regardless of their background, age, gender, sexual orientation, ability, ethnicity or beliefs.”

Currently, 54% of HSBC’s 37,000 workforce is female, but only 3 in 10 top jobs are held by women. While they are on target to reach Lord Davies renewed target of 33% female Board representation by 2020, it is hoped there will be an even balance of genders in the majority of senior roles when the bank opens a new office in Birmingham in 2019.

The name-blind CV screenings apply to both junior and senior roles. 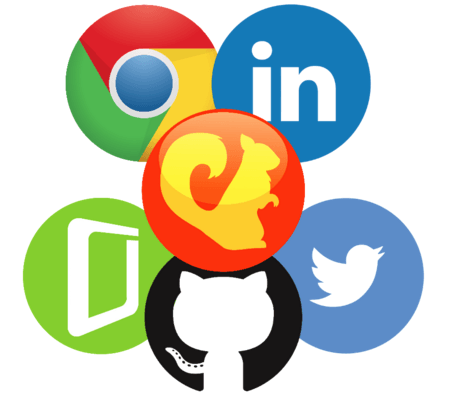 If there’s one thing we LOVE here at Social Talent HQ, it’s Chrome extensions. Not only are we about to launch our very own Chrome extension (keep your eyes peeled for it!), but we’ve been preaching the importance of their usage in recruitment for some time now. Our favourites include; Prophet, Sidekick and Crystal, and as of today that list also includes Context Scout.

Context Scout is brand spanking new Chrome extension that works with LinkedIn in order to enhance your people search.

What does Context Scout do?: 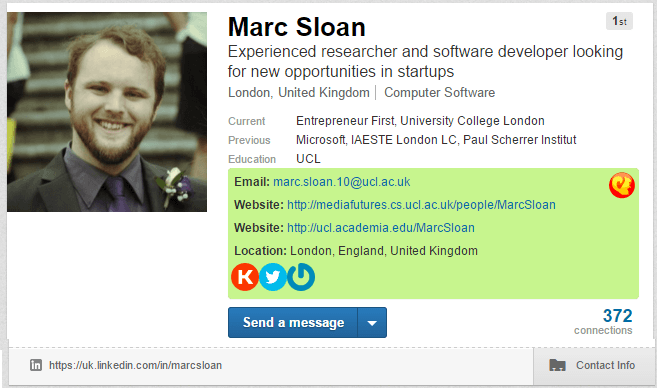 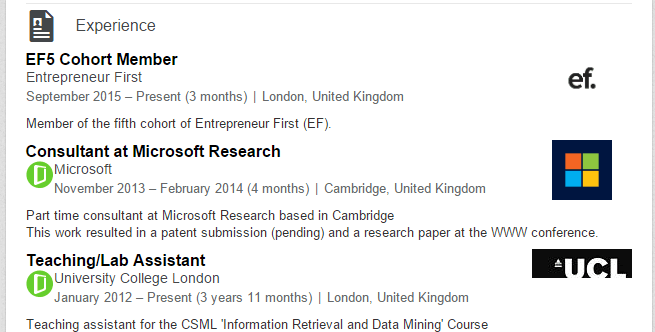 And if all that wasn’t enough, the makers of the Chrome extension are planning on introducing several new features in the coming weeks including a tool to analyse people’s Twitter feeds to show you engaged a candidate is in relation to their skills. Genius!!!

In the spirit of open-source recruiting , Glassdoor has released new numbers regarding:

“We ended 2014 with a team of seven recruiters. We had to recruit recruiters to recruit – a fun challenge to say the least! Knowing the cadence of hiring needed for 2015, roughly 200 new hires, that recruiting team number needed to jump to 10. And, of course we had to cover for expected attrition too. Today we stand at 10 recruiters, which allowed us to hit (and exceed!) our hiring goals for 2015.”

Challenge #2: Most of Glassdoor’s hiring had to happen in the first half of the year.

“As a startup that’s growing quickly, we hired over 200 people in 2014 and grew even more in 2015. And, most of the hires for the year needed to happen within the first six months of 2015. In contrast, in 2014, most of the hires happened in the second half of the year, so we had time to build out our team and ramp recruiters.

To do this, we built out our recruiting team in the second half of 2014 so that they were ramped and ready to hire early on in 2015. The key to hiring early on is being as prepared as humanly possible — this will help you jump into the New Year ready to meet all of your hiring goals.”

The graphs below, details how Glassdoor broke down their recruiting programs spend in 2015 between recruiting systems, relocation expenses, job advertising and more, as well as the metrics surrounding their sources of hire: 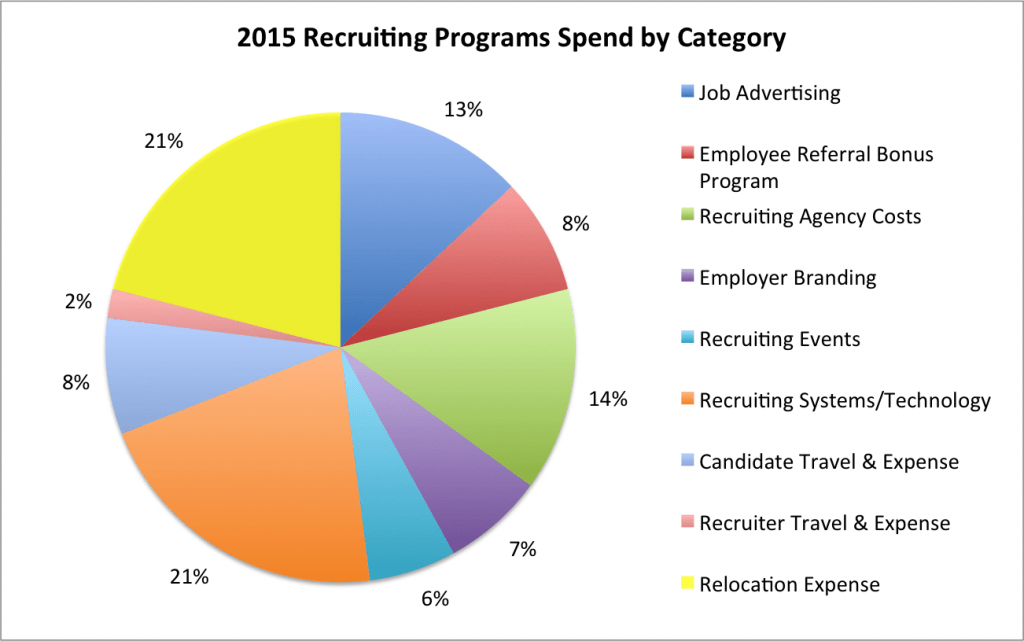 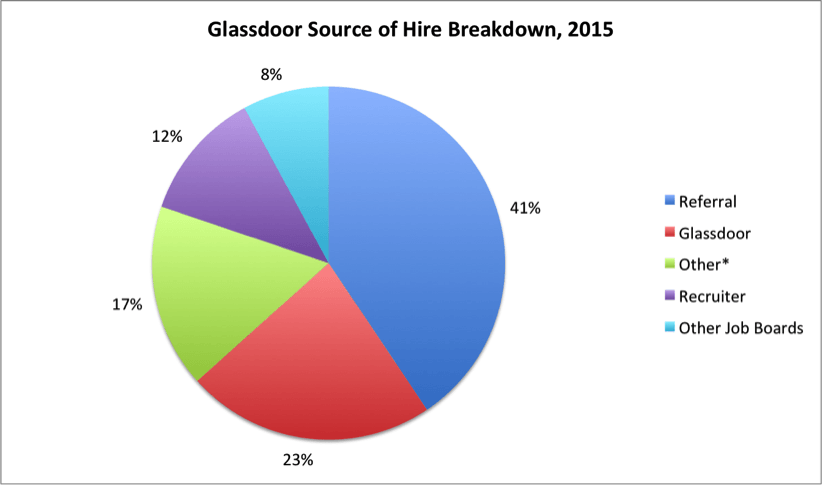 Challenge #3: The benefits and challenges of a unique headquarters location.

“Glassdoor sits along a beautiful body of water just north of San Francisco. For many Marin locals or city-dwellers, the commute takes anywhere from five to 20 minutes. However, for would-be tech talent or engineers commuting from the South Bay, it probably isn’t your “dream commute”.

To remedy this situation in 2015, we added vanpools for people commuting from the city or other Bay Area locations to make their commutes easier. We also expanded our hiring in both Mill Valley and London, and announced a new office opening in Dublin, Ireland in early 2016.”

Want the full Excel document detailing all Glassdoor’s recruiting metrics? Their full 2015 Budget Template will allow you to fill in your own data from 2015 to set hiring goals, organise and track budget categories and model potential spending plan efforts for 2016.

However, some roles are expected to rise between 5.7% and 7.4%. Most of those roles are in technology and finance – sectors suffering from skills shortages.

“The greatest salary increases are a clear indication of where the imbalance between supply and demand is highest.” Phil Sheridan, Senior Managing Director at Robert Half UK explained. “This is creating upward pressure on salaries for hard-to-fill roles such as applications developers, compliance experts, and information security managers; who are so essential to organisations operating in today’s fast-evolving yet tightly regulated commercial environment. Employers are having to move quickly to secure the best candidates and are offering other benefits to attract top professionals such as flexible working, annual leave and career breaks.”

The 10 jobs expected to receive the biggest pay rise in the upcoming year are listed below:

For you tech recruiters out there, Foote Partners also released some salary increase information this week when it comes to IT certifications. According to their data, the following certifications saw median pay premiums increase significantly over the past year:

Foote Partners, which gathered its data from 2,600 employers, cautions that these salary increases don’t necessarily predict which certifications will be most “in demand” next year; only that there’s a clear need on the part of employers for tech pros who are formally qualified in certain core areas.

Beyond that, it’s fairly easy to see why some of these certificates are so capable of boosting pay. For example, in the wake of several high-profile data breaches, cybersecurity forensic analysts (along with other security experts) are necessary to keep corporate databases safe; now more than ever, security is front-of-mind for executives.

The Selfie Generation are “Afraid” of Writing CVs

Millennials may be accustomed to taking and posting selfies online, but they feel intimidated when it comes to writing about themselves in a CV, according to new research from Lifeskills created by Barclays.

The study revealed that while young people post on social media an average of 8 times a day, they are frightened of promoting themselves professionally.

Are CVs slowly becoming a thing of the past? Give us your thoughts in the comments section below. 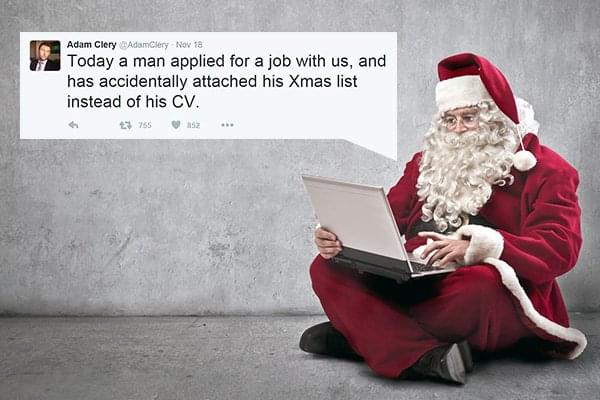 It’s every candidate’s worst nightmare – attaching the wrong file to your job application email and sending it to a potential employer. So, you can imagine how one man feels today after he sent a potential employer his Christmas wishlist instead of his CV, only to have that employer tweet to the whole world about the unfortunate mishap!

Adam Clery is the Managing Director at the pop culture online publication WhatCulture, who received the ill-fated attachment. At first he “thought it was a clever trick” and that “‘a job with WhatCulture” would be one of the desired Christmas gifts. But it wasn’t a trick. Just a man who had mistakenly sent the document titled Christmas List 2015 instead of his résumé.

Today a man applied for a job with us, and has accidentally attached his Xmas list instead of his CV.

The original tweet has so far received over 1,000 likes. Adding fuel to the fire, Clery revealed what was actually on the list. He tweeted:

Imagine being sat there, eyes full of hope for the future of a job you feel destined to land, only to realise you’ve send your xmas list.

But while several Twitter users were keen to join in poking fun at the unfortunate candidate, others were quick to point out some rather endearing qualities! The user @Kennyf1283 tweeted: “Instead of shrugging and saying ‘I dunno’ when he is asked by relatives, this man has a plan. Organised and strategic. Hire him.” While Journalist Deborah Orr replied: “A man who does his Christmas list in November? Hire him. 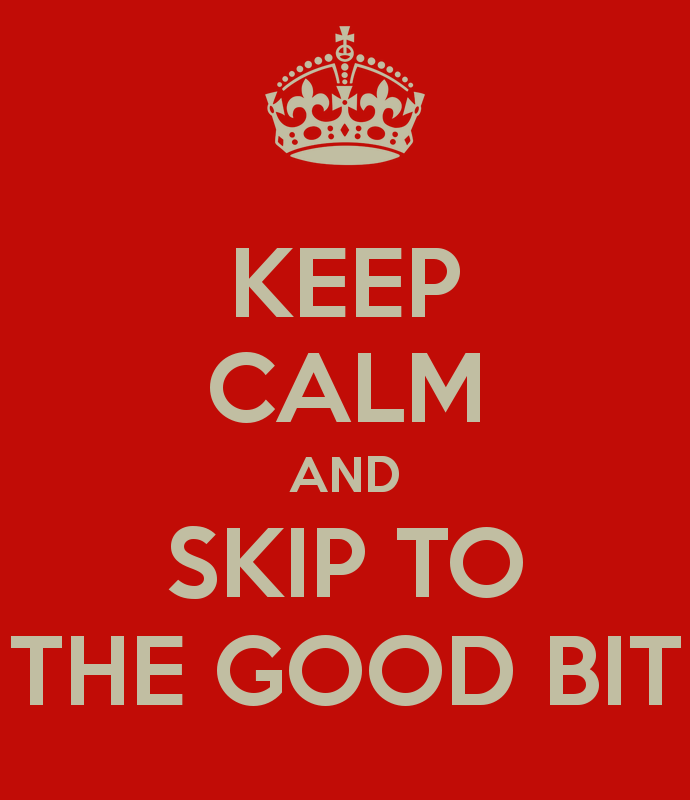 Wednesday 2nd December sees the last of our current webinar series come to close. But when we say that this webinar has been a year in the making, it literally has! That’s because it’s comprised of all the best bits from our 2015 webinars. We’re talking all the really insightful stuff surrounding topics like pimping your LinkedIn profile, writing killer job ads, sourcing on Facebook, filling jobs really quickly, x-ray sourcing and diversity sourcing, to name but a few! Oh, and we’ll also be throwing in a few live tidbits to keep it interesting!

So, if you missed any of our monthly webinars throughout the year, or you’re just want to know what those “live tidbits” will actually be (trust us, they’re good!), register now and join us on December 2nd at 4PM.