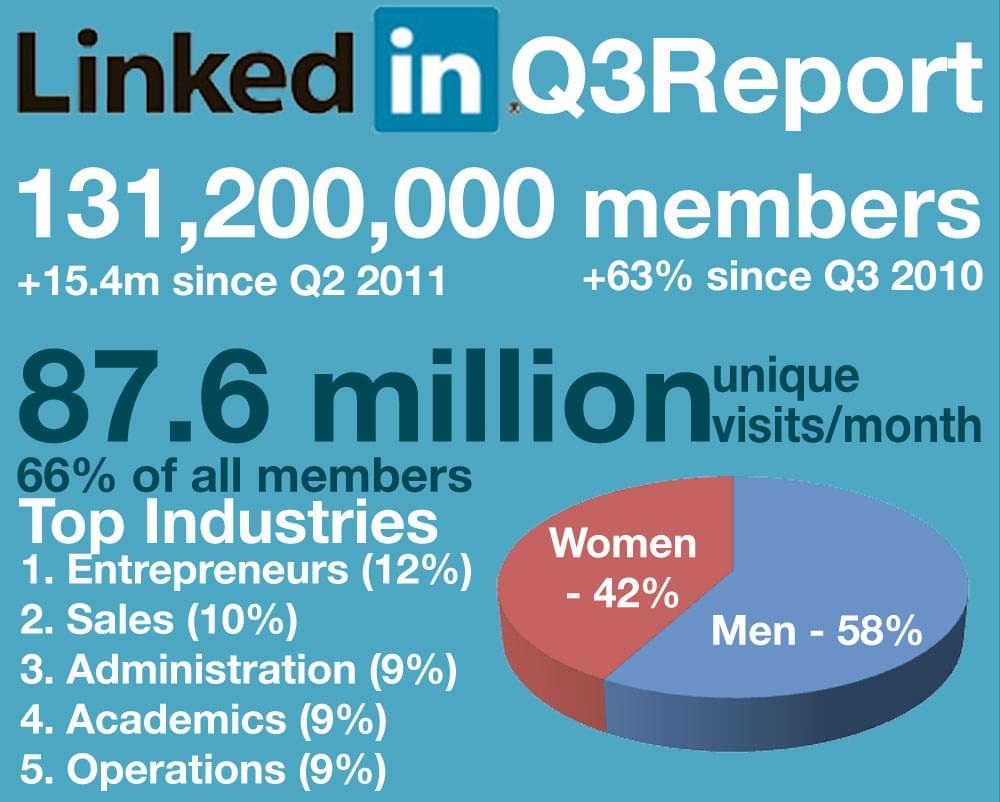 For those of you missed it because you were too busy getting on with your busy recruitment lives (yes, that’s all of us), LinkedIn announced its latest quarterly earnings last night. Unless you have purchased their stock, you won’t care too much but LinkedIn also announced some updated visitor stats that are interesting:

LinkedIn’s Q2 figures reported 115.8m members so that’s an increase of 15.4m members, nearly 9% in only 3 months. Based on a low estimate of 5m new members per month we can already predict that LinkedIn has surpassed 136m members. LinkedIn also has over 1 million groups.

According to ComScore, 87.6 million unique visitors come to the site each month, representing two thirds of all members; not to be sniffed at for a networking site that is pretty boring unless you are a recruiter, salesperson or active job-seeker. This is up from 81.8 million uniques in the last quarter, which represented 70% of the Q2 user base. It’s only a 3-4% slide that may be cyclical (it was summertime in most of LinkedIn’s major markets) but it is a slide nonetheless.

Are you surprised at these membership growth rates? How long have you been a LinkedIn member? Let us know your thoughts in the comments.