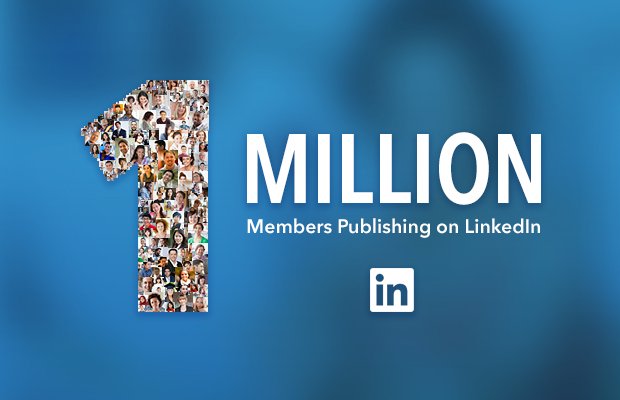 More than 1 million members have now published a post on LinkedIn! According to LinkedIn’s stats, their 1 million unique publishers publish more than 130,000 posts a week on LinkedIn and those posts draw a readership made up of about 45% upper rank employees including managers, VPs, and CEOs. The top content-demanding industries are tech, financial services and higher education and the average post now reaches professionals in 21 industries and 9 countries.

The ability to publish on LinkedIn is now available to all English speaking members and will be very soon for every language.

If you’re writing on LinkedIn or interested in starting, LinkedIn suggest joining the Writing on LinkedIn Group, which is full of good advice and practical article writing tips to help you get started or improve your current efforts. Or alternatively, you could just check out this infographic we published, entitled 10 Steps to Dominate LinkedIn Publishing.

The World’s Most Attractive Employers 2015

With the help of Universum, Millennials have ranked the most attractive employers for 2015. Yes, 240,000 students across 12 countries have revealed which companies have a competitive edge in employer reputation in both the Engineering/IT sector and the Business sector.

The top 2 remains unchanged from 2014 with Google nabbing the top spot followed by Microsoft, while Apple enjoyed a jump in the rankings from 4th to 3rd place, pushing the BMW Group down to 4th place. 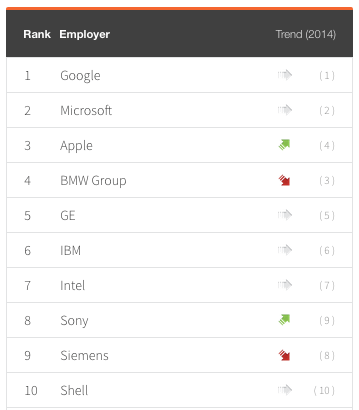 There was also no change at the top when it came to the business sector. Google also reigned supreme. PwC climbed one place to 2nd, while EY fell to 3rd. The most noticeable drop in ranking was Microsoft, who last week announced the loss of 8,000 jobs. Microsoft dropped 3 places on the list to 8th. 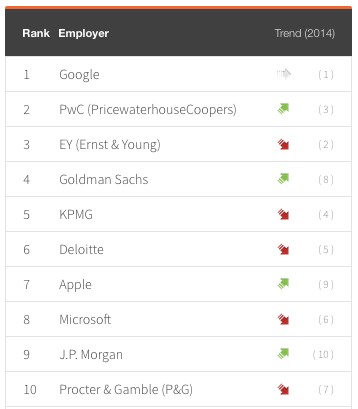 In the wake of these results, and with the help of their own student survey, ERE.net took it upon themselves to put together a list of the 3 secret ingredients for employer brand success. This is what they found:

Millennials are scared of being left behind when it comes to their professional development. Millennials know that the only constant during their career will be change. The speed of technology advancement and the progress of new professional standards will ensure that all fields and industries will undergo consistent change.

Not only will this help you to attract better talent, investments in professional development will of course allow your employees to remain at the top of their game and secure you stay competitive.

Millennials want their jobs to mesh with their personal beliefs and enhance their efforts to do good in their community. As a result, the best-performing employers in terms of attracting talent are the ones that successfully talk about purpose and values over product and services.

For example, the fast-moving consumer goods industry has really taken this strategy to heart. These organisations focus on how their policies regarding sustainability, fair trade, and other social programs make a tangible contribution to society. This lets you know that if you work for these firms, not only will you be doing well, but also doing good. This is a powerful tool not only to attract the best talent but also to enhance internal engagement.

In the current economy, many firms claim to be innovative; it’s almost a catch-all buzzword. But when it comes to HR marketing, it’s not enough to say your firm is innovative; you have to tell real stories and display real examples for talent to believe in it.

GE does this exceptionally well. It pioneered a program known as “Garages.” GE attends a variety of professional and tech-based events, such as South by Southwest, and creates a pop-up space to show off its technology and practices. Garages allows individuals to play with technology that GE uses every day but that is not readily available to the public, such as 3D printers and laser cutters. This allows individuals who already have an interest and experience in the fields in which GE is trying to recruit to become inspired and to attach the title of “innovator” to GE, a powerful tool for talent recruitment.

LinkedIn is NOT the Ultimate Career Site, Twitter Is 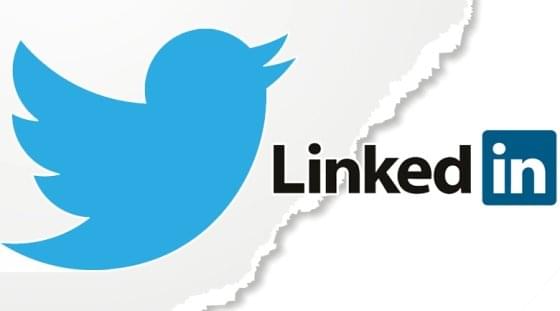 According to Katherine Halek of Signnazon.com, LinkedIn should no longer be considered the go-to site for talent. Why? Well, there are 3 main reasons Halek believes Twitter is a superior network for recruiters looking to find the best talent (and we’re inclined to agree with her!):

What’s your opinion on the matter? Is LinkedIn a more effective for sourcing talent? Tweet us @SocialTalent to let us know. 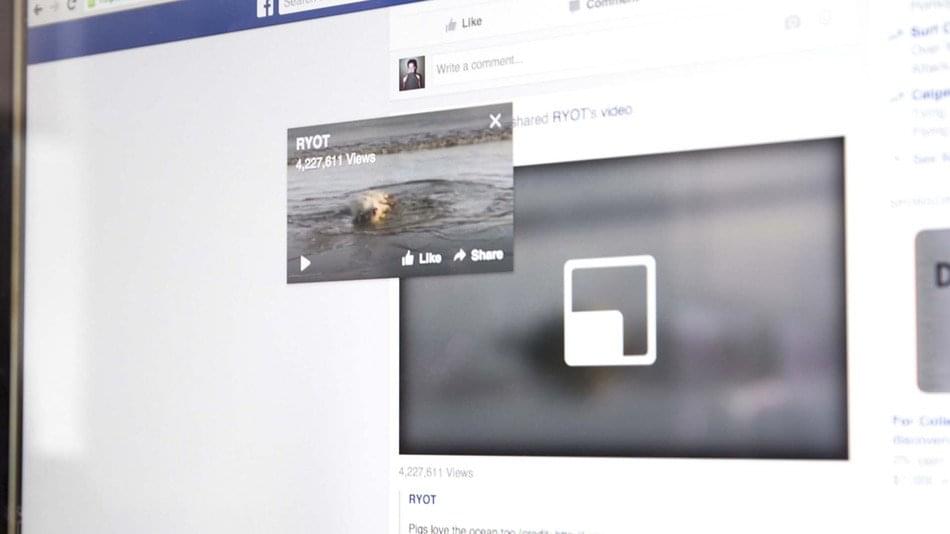 Interesting! Facebook now lets you detach a video from the News Feed and move it anywhere within the browser window, so you can scroll Facebook while watching.

The option is accessible via a new box icon between the HD and expand icons, in the lower-right hand portion of a video (accessible on mouse-over while the video plays):

When you click the icon, the video becomes movable — though you can’t pull it out of the browser window. The feature only works on desktop for the time being, not on Facebook’s mobile app; clicking a video in the News Feed on your phone will immediately open it in full-screen mode.

The floating video window is rather basic; you’ll see a play/pause button, a close button, and an option to Like or share the video. There is certainly room for improvement: The fact that you can’t resize the floating video is frustrating. It permanently stays very small — in fact, likely too small for many to enjoy. The video also disappears if you navigate away from the News Feed, such as to messages, events or a friend’s profile page.

A fresh study shows that the way to recruit and retain high-performing candidates is to have a compassionate job culture. Market research firm, Catalyst, surveyed 148 women and 344 men who all earned their MBA degrees at premier business schools between 1996 and 2007.

44% of the women were likely to move to a new job if the companies work culture didn’t match their preferred culture. 46% of the men said the same.

The results showed that top candidates would rather work at companies where constructive behaviours are favoured over aggressive mannerisms. They preferred companies that emphasised support, integrity and collaboration as well as encouraging worker to reach their potential. Companies that emphasised aggressive behaviours like perfectionism, power and competition were not as popular.

Deborah Gillis is the President and CEO for Catalyst. She says:

“This is important news for company leaders who are increasingly concerned about finding and keeping top talent and driving organisational performance.”

Allyson Zimmermann is the Executive Director in Europe for Catalyst. When speaking to Recruitment Grapevine, she further advised recruiters to challenge themselves to get the best staff:

“Cast a wider net beyond the usual suspects,” she said “Companies need to look beyond the pond in which they are fishing and challenge their thoughts about talent. We all have a preference in some way shape or form, but until we’re conscious of it we’ll continue doing the same thing that we’ve always done. Break the pattern, disrupt your own default, and challenge yourself on what talent really looks like. You might be pleasantly surprised.”

As many of you are already aware,  diversity is a HUGE issue within the tech industry at the moment. And companies like Google and Facebook have been taking a number of very public steps, in order to try to address and remedy the gender discrepancies found in their workforce.

But Facebook went one step further with it’s efforts to promote diversity last week, with the introduction of a brand new Friends and Groups icon.

While, the Friends icon previously had the female silhouette in the background, now man and woman are pictured side by side: 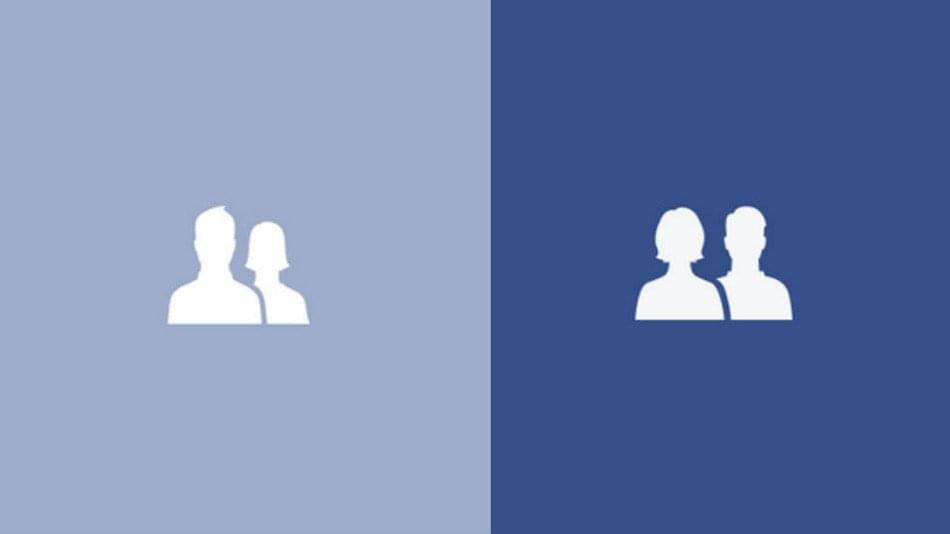 “As a woman, educated at a women’s college, it was hard not to read into the symbolism of the current icon; the woman was quite literally in the shadow of the man, she was not in a position to lean in.” said Caitlin Winner, Facebook’s Design Manager, in a blog post. And to make matters worse, the female silhouette was actually poorly designed when seen on her own. “The iconic man was symmetrical except for his spiked hairdo but the lady had a chip in her shoulder,” wrote Winner. She also claims she “assumed no ill intentions, just a lack of consideration” in how the old icons were designed, and decided to make the woman’s silhouette equal to man’s in the new iteration.

In the Groups icon, the woman — though still outnumbered by her male counterparts— is now in the foreground:

Previously, the Groups icon consisted of two silhouettes of a man and one of a woman, with one of the men in the foreground. The new icon has the woman’s silhouette in the front, with two men in the back.

The change comes shortly after Facebook slightly redesigned its logo, though that change seemed to be purely an aesthetic one.

Linkmoji Turns ANY Link into Emoji 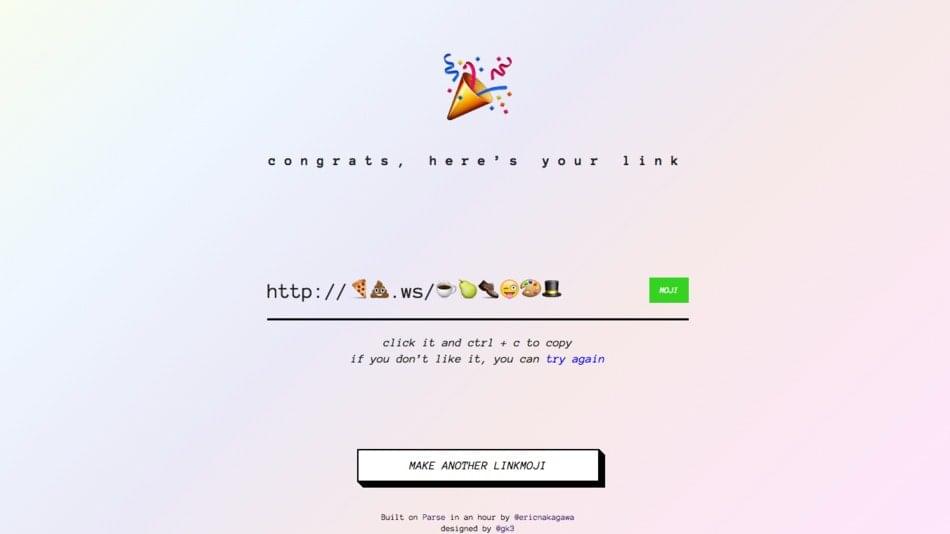 Yep, you heard me! There is now a website entirely dedicated to converting your boring text based web links into emoji filled ones!

Linkmoji is the brain child of Facebook product designer, George Kedenburg III, and the founder of I Can Haz Cheeseburger, Eric Nakagawa, and went live last Wednesday. Since then it’s popularity among internet users has grown and grown:

Currently, the emoji URLs are automatically generated, but Nakagawa is working on developing a way for users to make customised emoji links.

Linkmoji’s functionality seems to work for sharing links on Facebook and Twitter, however, other websites are currently having difficulty recognising emoji as something that can be hyperlinked. But we’re guessing that will change in time as the popularity of emoji links continues to grow.

How to source contractors on LinkedIn